Aug. 20, 2013 - Pulitzer Prize-winning photographer José Galvez will display a collection of photographs exploring the lives of Hispanic women in a free public art exhibition, titled “Latina,” from Sunday, Sept. 8, through Sept. 14 in the Widmann Gallery at King’s College. Galvez will discuss his works during a free public lecture at 7 p.m. Wednesday, Sept. 11, in Burke Auditorium of the William G. McGowan School of Business on N. River St.

“I am a man who, in this exhibit, is trying to say something about women,” Galvez said. “I hope that the viewer as well as the viewed can sense the respect and love that underscores my commitment to this work. I hope I have done justice to who Latinas really are, have been, and are becoming.”

Since the late 1960s, Galvez has documented Latino life and culture in the United States in black and white images. A newspaper photographer for more than 20 years, Galvez was a member of a team at the “Los Angeles Times” that won a Pulitzer Prize in Community Service in 1984 for a year-long series on the Latino experience in Southern California.

Galvez served as senior photo editor and contributor to “Americanos,” a multi-media exhibition led by Edward James Olmos. His first book, “Vatos,” a collaboration with poet Luis Alberto Urrea, was honored by the American Library Association. His second book, “Beloved Land,” with historian Patricia Martin, explored the lives of Mexican pioneer ranchers in the American Southwest.

Galvez has exhibited his work in museums and galleries in the United States and abroad, including the Smithsonian Institution. In 2005, he created a photographic oral history project called, “Land of Opportunity: Latino Entrepreneurs of North Carolina.”

The Widmann Gallery is housed in the Sheehy-Farmer Campus Center, located between North Franklin and North Main streets. Gallery hours: Mon. through Fri., 9 a.m. - 4:30 p.m.; Sat. and Sun., as arranged. 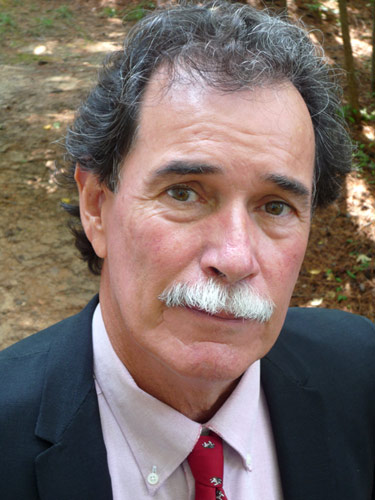