May 29, 2014 - King’s College has been placed on national lists from “Forbes” magazine and Affordable Colleges Online in recognition of  its overall excellence and for providing students excellent return on their tuition investment.

King’s has been placed on an exclusive list of “Best American Colleges” compiled for “Forbes” magazine by The Center for College Affordability and Productivity based on multiple factors related to affordability and student and faculty achievement. King’s ranking improved to 431st from 447th of 650 institutions in the annual rankings.

Less than 15 percent of the nearly 4,400 colleges and universities nationwide are included in Forbes sixth annual ranking. King’s was the only Luzerne County college or university included in the list and one of only two institutions (University of Scranton) in northeastern Pennsylvania. Both have been named to the list every year of its existence.

According to the magazine, “The ‘Forbes’ list of 650 schools distinguishes itself from competitors by our belief in “output” over “input.” We’re not all that interested in what gets a student into college, like our peers who focus heavily on selectivity metrics such as high school class rank, SAT scores and the like. Our sights are set directly on Return On Investment: What are students getting out of college?”

AffordableCollegesOnline.org (AC Online), a San Francisco based resource for college affordability and financial aid information, identified King’s among the Pennsylvania colleges and universities with the greatest lifetime return on investment, the earnings gap between graduates and non-degree holders over 30 years.

Only 81 of 402 Pennsylvania public and private, four-year accredited institutions were placed on the list; King’s College ranked 33rd. Data used for the rankings was acquired directly from the National Center for Education Statistics, Integrated Post-Secondary Education Data System, the Carnegie Foundation, and PayScale.com.

“King’s College has always prided itself on providing its students an education that would allow them to be successful following graduation,” said Father John Ryan, C.S.C., president.  “These recent honors are validations of the countless stories we hear from recent and older King’s alumni about their ability to adapt and be successful in today’s very competitive job market.” 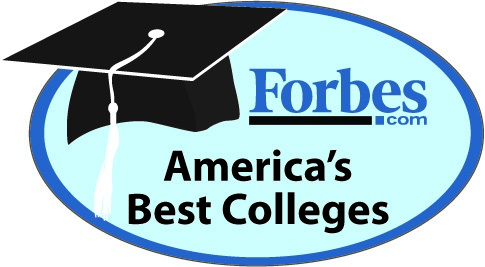