November 10, 2014 – The King’s College Theatre Department will perform the area premiere of Jon Robin Baitz’s searing comedy, “Other Desert Cities,” of a once promising novelist’s return home for the holidays to reveal plans to publish an explosive memoir. Performances will be held at 7:30 p.m. Nov. 20-23 and at 2 p.m. on Nov. 22 in the George P. Maffei II Theatre. King’s has offered theatre productions for local audiences since 1950.

In the riveting new play, “Other Desert Cities,” Brooke Wyeth returns home to Palm Springs after a six-year absence to celebrate Christmas with her parents, former leading Republicans, her brother, and eccentric aunt. But when she announces her plans to publish a memoir focusing on a tragic chapter of the family's history, the holiday reunion is thrown into turmoil as the family struggles to accept their past.

In addition to being a playwright, Baitz has written for several successful television series, including “The West Wing” and “Alias.” His play, “Other Desert Cities,” has garnered several distinguished awards, including being named Outstanding New Off-Broadway Play by the Outer Critics Circle, winner of the Drama League Award for Distinguished Play, and was named a Pulitzer Prize finalist.

For more information on upcoming performances or to reserve tickets, visit the website http://desertcities.bpt.me, or call the box office at (570) 208-5825 or e-mail boxoff@kings.edu. 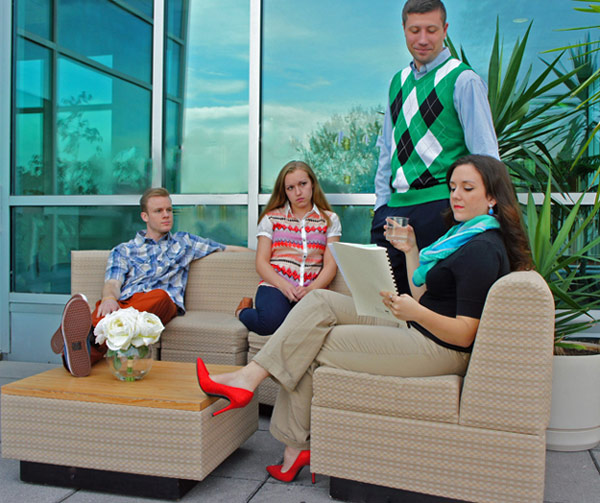