Directed by M. Sheileen Godwin, chair of Theatre Department, the Tony Award-nominated play “Time Stands Still” is the story of Sarah and James, a photojournalist and a foreign correspondent, trying to find happiness after returning home physically bruised and emotionally beaten from covering the atrocities within the Iraq War.

Sidelined by a serious injury, Sarah questions her personal and professional lives and her place in the world.  Can you be a dispassionate, uninvolved observer recording horrific events for posterity, and keep a sense of right and wrong? Is it possible for her and James who are used to living in dangerous conditions to carve out a normal life? Can they stay together amidst unspoken betrayals and conflicting ideals? Donald Margulies’s “Time Stands Still” answers these questions with bright wit and intelligence, while leaving unanswered qualms about the moral and ethical issues regarding America’s media coverage of war and tragedy.

Margulies won the 2000 Pulitzer Prize for Drama for “Dinner with Friends” and was a finalist twice for “Sight Unseen” and “Collected Stories.”  His many other plays include the Obie Award-winning “The Model Apartment” and “Long Lost,” which will be produced later this year. He was the recipient of the 2000 Sidney Kingsley Award for Outstanding Achievement in the Theatre by a playwright. He has developed numerous screenplays, teleplays and pilots for HBO, Showtime, NBC, CBS, Warner Bros., TriStar, Universal, Paramount, and MGM. He is an adjunct professor of English and Theater Studies at Yale University. 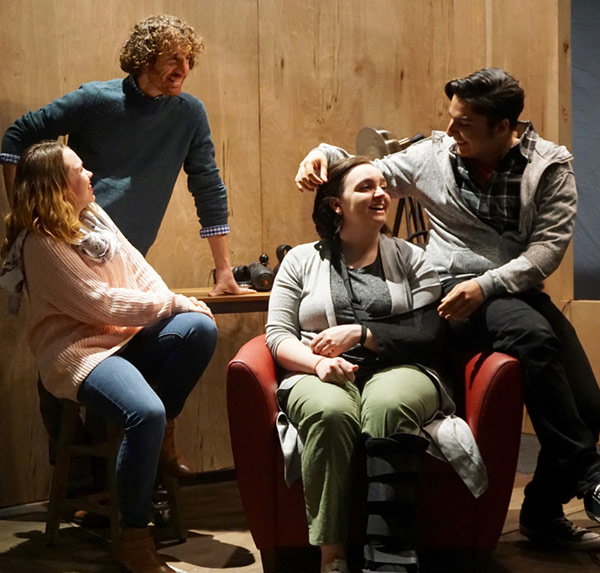