August 16, 2018 - Two King’s College students, a recent graduate, and an administrator attended the three-day Student Ambassador Leaders Together (SALT) Summit, held recently at Loyola University and the headquarters of Catholic Relief Services (CRS), both in Baltimore, and at Capitol Hill.

The group was among representatives from 60 student ambassador teams from colleges and universities from across the country to attend the event organized by CRS.

The purpose of the summit was to cultivate skills, passion, and knowledge to allow college students to advocate for policy change on key international humanitarian issues, such as migration, hunger, climate change, and human trafficking.   During the summit, delegates participated in policy briefings and skill-building sessions focused on leadership, campus organizing and advocacy.

The King’s delegation made legislative visits with staffers of both Pennsylvania Senators and a member of the House of Representatives on the final day of the summit.

During the current academic year, the student leaders will help to educate the King’s campus on the realities of the world’s most vulnerable populations and the need for global solidarity. 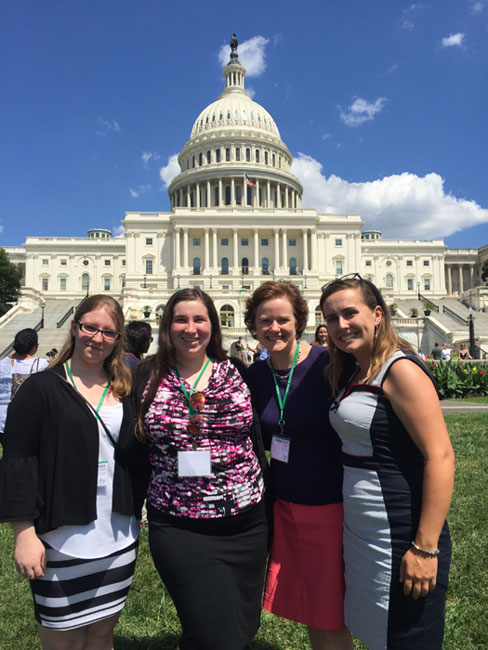