The story begins with The Man in Chair, a reclusive Broadway fanatic, listening to a recording of “The Drowsy Chaperone.” As he listens to the recording, he is transported into the musical, his dark and dusty apartment becomes an impressive Broadway set filled with the characters of the show, sparkling furniture, and glitzy costumes. The plot incorporates both the musings of The Man in Chair and of the characters within the recording.

The George P. Maffei II Theatre is located in the Administration Building on North River Street. Tickets are $12 for general admission, $7 for senior citizens, and $5 for King’s alumni and non-King’s students. For more information on upcoming performances or to reserve tickets, call the box office at (570) 208-5825 or email boxoffice@kings.edu. 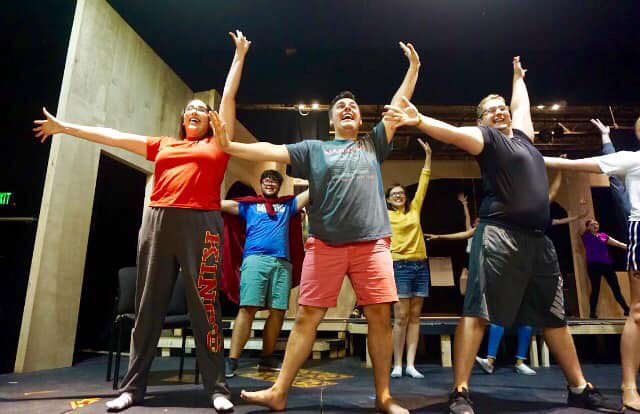