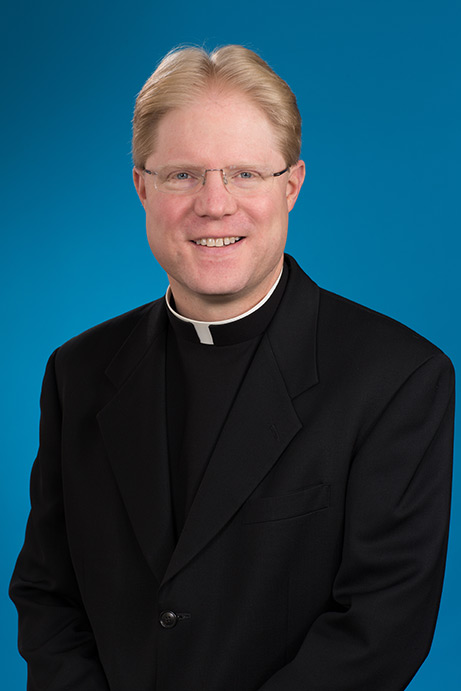 Jan. 15, 2016 - Historian Rev. Kevin Spicer, C.S.C., James J. Kenneally Distinguished Professor of History at Stonehill College, will discuss the intersection of Christianity and antisemitism in Nazi Germany during a lecture at noon on Friday, Feb. 5, in the Postpupak Room, at King’s College. The lecture is this year’s “Donald Grimes Lecture.”

Father Spicer’s lecture, titled “Christian Antisemitism in Nazi Germany: A Deadly Combination,” is free and open to the public. The event is co-sponsored by the McGowan Center for Ethics and Social Responsibility and the Honors Program at King’s.

In the late 19th and into the 20th century, the widespread attitude of Catholics and other Christians was that Jews were divinely destined to suffer and be on the margins of society. Father Spicer’s presentation will explore how this sentiment contributed to the growing power of racial antisemitism, making the lives of Jews in Europe more precarious. It was in this climate that Pope Pius X made the statement – roundly repudiated by Vatican II in the 1960s – that "we cannot concede Judaism any further validity."

Father Spicer’s research centers on the relationship between the Roman Catholic Church and the German state under National Socialism.  He is the author of “Hitler’s Priests: Catholic Clergy and National Socialism,” and “Resisting the Third Reich: The Catholic Clergy in Hitler’s Berlin,” and editor of “Antisemitism, Christian Ambivalence, and the Holocaust.” He has also published articles in a variety of journals including “Church History,” “Historisches Jahrbuch,” and “Holocaust and Genocide Studies.”

Father Spicer is co-editor of the journal “Studies in Christian-Jewish Relations.” He is also a member of the Committee on Ethics, Religion, and the Holocaust of the Center for Advanced Holocaust Studies, United States Holocaust Memorial Museum and a priest of the Congregation of Holy Cross, the sponsor of King’s College.

The Postpupak Room is located in the William G. McGowan School of Business on North River Street. Parking will be available in on-campus lots. For more information, please contact Dr. Bernard Prusak, director, McGowan Center for Ethics and Social Responsibility, at (570) 208-5900, ext. 5689.