The Mass Communications Department at King’s received a grant from the Best Buy Foundation that will be used to purchase equipment for an outreach program for juniors and seniors at Coughlin, GAR, and Meyers High School. 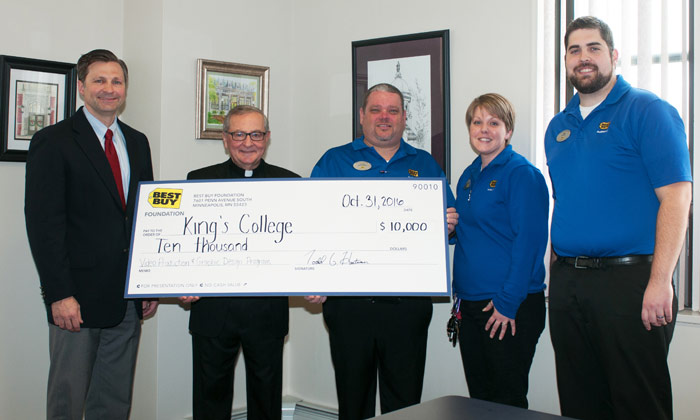