In the 2013 Mark of Excellence Awards for Region One, WKRC’s “News at Five” won first place and subsequently went on to national competition where it finished second in the country, bested by the University of North Carolina at Chapel Hill. Students who participated in the newscast were Ashlee Jacobs, WRKC news director; Tyler R. Tynes, WRKC sports director; and Janelle Marshallick, Jessica Mulligan and Brielle Warren. “Take Back the Night,” a story produced by senior Matt Mezzacapo, was a finalist in the Radio News Reporting category in Region One of the SPJ Awards. 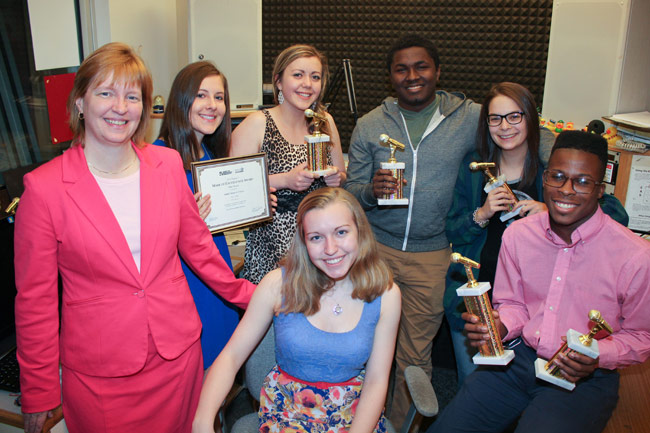