April 17, 2015 - King’s College students taking a “Principles of Management” class had the opportunity this semester to participate in the second annual Target Case Competition. The College received a $2,000 grant from the retail giant to use as prize money for a competition involving teams of students who are given a case study from Target and have to design a solution and present their findings to a panel of judges.

A total of 12 teams entered the competition. Eight of those teams were selected to present to members of the McGowan School of Business Advisory Council before the top five teams, comprised of 21 students, were chosen.  Representatives of Target judged for the final round of competition. 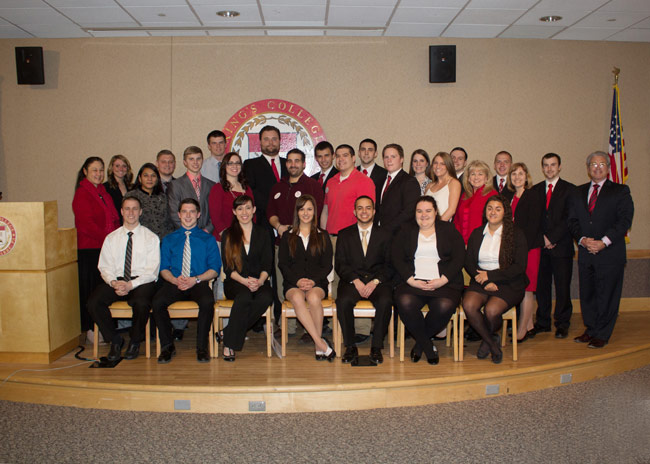 Absent from photo is Gabriella Morrocu.