February 19, 2015 – Medical ethics scholar Dr. Daniel P. Sulmasy, the Kilbride-Clinton Professor of Medicine and Ethics at the University of Chicago, will deliver the 2015 Saint André Bessette Lecture, titled “Dignity, Vulnerability, and the Care of the Patient,” at 4 p.m. on March 12 in the Burke Auditorium at King’s College.

The lecture, sponsored by The McGowan Center for Ethics and Social Responsibility, is part of a series of lectures focusing on the needs of the poor hosted throughout the academic year at King’s.

In addition to his other appointments, Dr. Sulmasy serves as the associate director of the MacLean Center for Clinical Medical Ethics and as director of the Program on Medicine and Religion at the University of Chicago. He has previously held faculty positions at New York Medical College and at Georgetown University.

He received his bachelor’s and Doctor of Medicine degrees from Cornell University, com¬pleted his residency, chief residency, and post-doctoral fellowship in General Internal Medicine at the Johns Hopkins Hospital, and earned a doctorate in philosophy from Georgetown University.

Dr. Sulmasy has served on numerous governmental advisory committees and was appointed to the Presidential Commission for the Study of Bioethical Issues by President Obama in 2010. His research interests encompass both theoretical and empirical investigations of the ethics of end-of-life decision-making, ethics education, and spirituality in medicine.

He is the author or editor of six books, most recently “Safe Passage: A Global Spiritual Sourcebook for Care at the End of Life,” and “Francis the Leper: Faith, Medicine, Theology, and Science.” He also serves as editor-in-chief of the journal “Theoretical Medicine and Bioethics.”

Saint André Bessette, the first Holy Cross Congregation member to attain sainthood, was known as a healer for his devotion to the sick and afflicted. The King’s College Student Health Center, André Hall, is named in his honor. 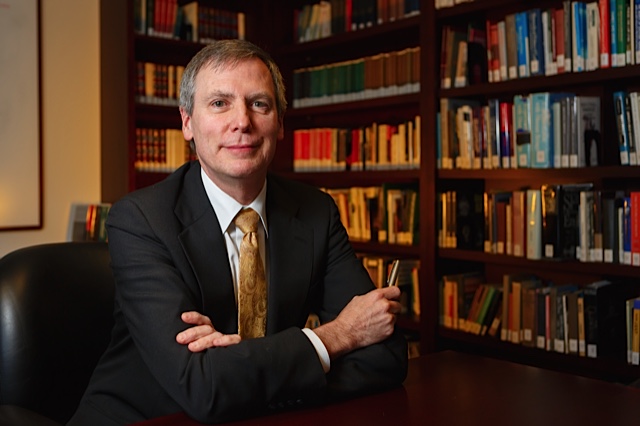