Taylor Brainard was awarded a full-tuition scholarship through the Irish-American Scholars Program to study at the University of Ulster in Jordanstown, Northern Ireland. She is a junior majoring in marketing and mass communications.

Jesse Harvey was awarded a full-tuition scholarship through the Irish-American Scholars Program to study at Queen’s University in Belfast, Northern Ireland. He is a senior majoring in political science.

Danielle Kean is studying at the University of Technology in Sydney, Australia, through the Institute for Study Abroad-Butler. A senior majoring in mass communications, Kean was awarded the James LeBaron Boyle Scholarship for Study Abroad by King’s.

Nicholas Vera is studying at Universitat Pompeu Fabra in Barcelona, Spain, through Spanish Studies Abroad. He is a junior majoring in economics and Spanish.

For more information on the Study Abroad Program, contact Mollie Farmer, director, at 208-5986. 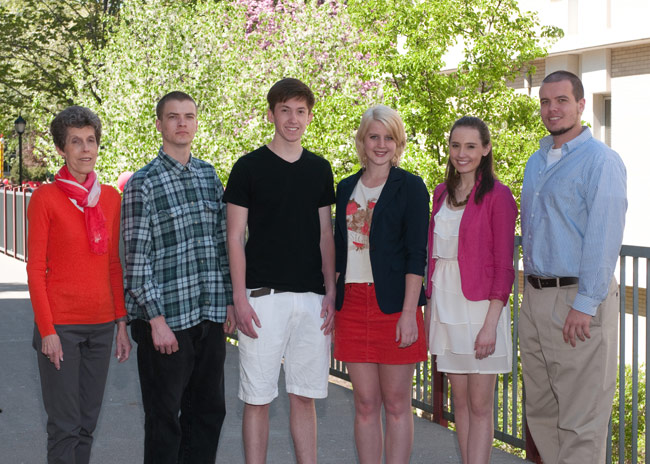