In the contest, the third annual sponsored by the local JMS office, students were asked to invest a hypothetical $250,000 and prizes were awarded to the six students to get the highest return on their initial investment during the contest period.  Approximately 200 college students participated in the contest. 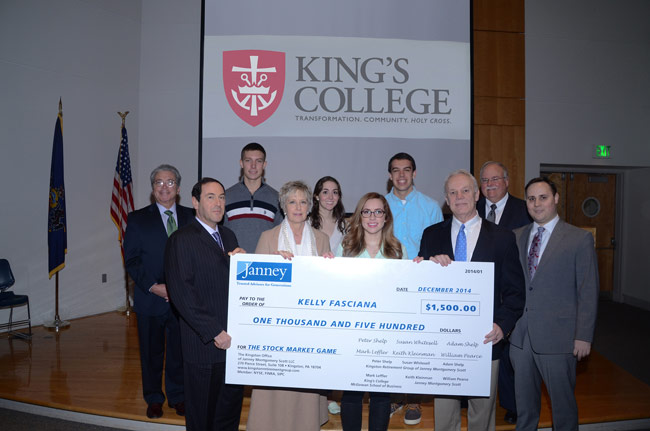 Pictured in the second row, from left, is Mark Leffler, assistant professor of management and the Angelo DeCesaris Executive in Residence, King’s College; Alec Andes, who finished in third place; Gianna Cordasco, who finished in second place; Justin Barnett, who finished in sixth place; and Barry Williams, dean of the McGowan School of Business at King’s.