Oct. 21, 2013 - A traditional Red Mass was celebrated recently in the King’s College Chapel of Christ the King. The Mass is held annually on the same day as the opening session of the United States Supreme Court to invoke God’s blessing upon members of the legal profession, including members of the King’s College community and the Wilkes-Barre Law and Library Association. A Red Mass has been hosted at King’s since 2002.

The name “Red Mass” comes from the color of the vestments worn by the presider and co-celebrants, the scarlet robes of attending justices, and the gowns of law professors.  Members of the Luzerne County legal community attended the Mass and luncheon that followed. 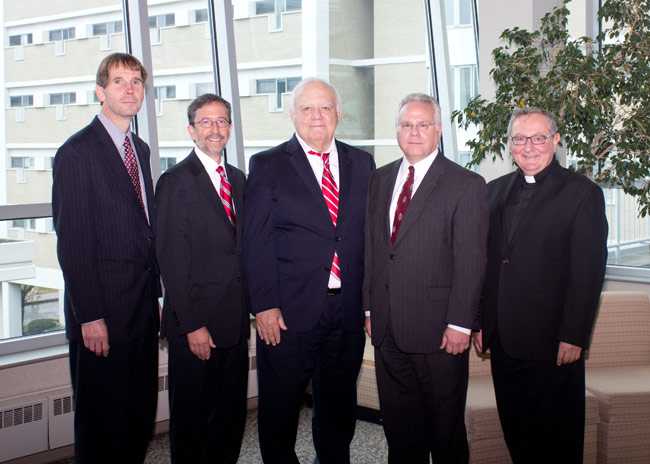