May 7, 2014 - As part of Earth Week activities at each campus, King’s College and Wilkes University renewed a competition for recycling office paper.  The paper was collected from barrels were placed around each campus and then weighed.  The King’s campus total was more than 1,400 pounds.

King’s College won this year’s contest, the second annual, and was awarded a trophy for the effort.  All the proceeds from the recycled paper were donated to charity. 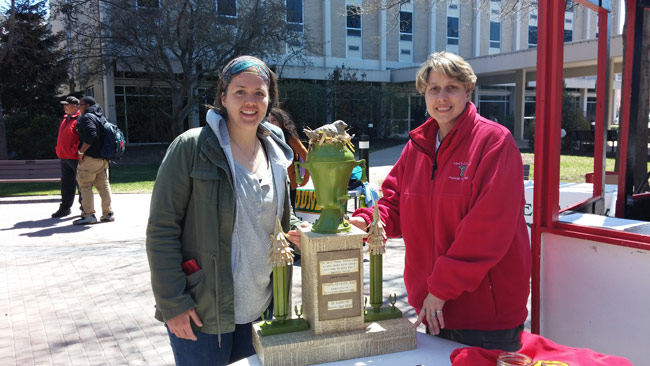