Dec. 16, 2013 - The King’s College Community recently recognized employees for their service during an annual Patron’s Day Mass held in conjunction with the Feast of Christ the King.

Four members of the faculty and staff were each recognized with the Christi Regis Award, which is presented to faculty and administrators completing 20 years of service to King’s.  The award was established by the King’s College Board of Directors in 1966, the 20th anniversary of the College, and has been presented every year since.

Five members of the King’s staff were recognized with the Twenty Year Service Award.

At a reception following the Mass, all employees who served King’s for at least 10 years and who are celebrating “milestone” anniversaries were presented with a pin.  Following are employees who were recognized for their service anniversaries. 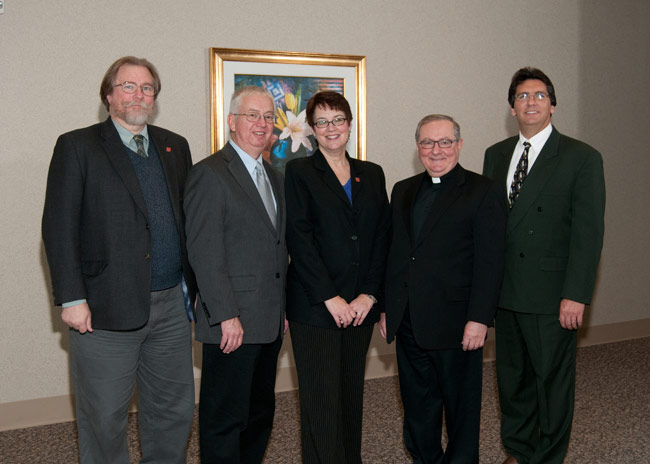 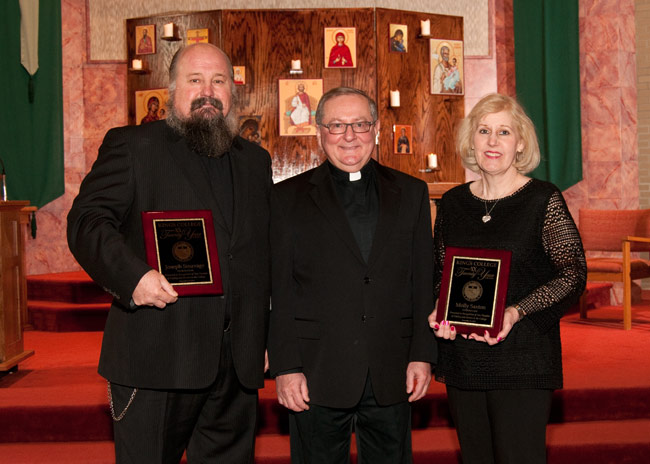