O’Connell’s lecture, titled “Painting Social Transformation: Common Beauty and Common Good,” will focus on her research on community murals and social justice, racial identity formation, and the role of theology in an interdisciplinary approach to achieve a good society.

She is the 35th speaker in the history of the Moreau Lectures series at King’s, which is named in honor of Blessed Father Basil Anthony Moreau, founder of the Congregation of Holy Cross which established and sponsors King’s College.

Rooted in Catholic social ethics, O’Connell pursues the role of the arts in justice. Her current research project explores racial identity formation, racism, and racial justice on Catholic college campuses.  Considered one of the most promising Catholic feminist scholars, O’Connell’s book “If These Walls Could Talk: Community Muralism and the Beauty of Justice,” was named College Theology Book of the Year Award, as well as the Catholic Press Association’s first place for books in theology in 2012.

O’Connell taught at Fordham University for eight years before becoming chair of the Department of Religion at LaSalle in fall 2013.  She is also vice-president of the College Theology Society and serves on the board of the Society for the Arts in Religious and Theological Studies. She earned her doctorate in theological ethics from Boston College. 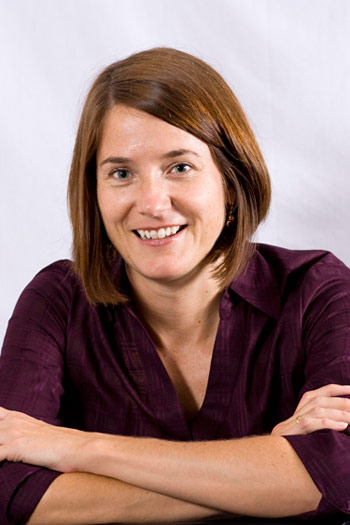