Thirteen of the students later represented Jamaica at the Model United Nations General Assembly.  They also participated in the Economic and Social Council committee.  Two of the students were assigned to a Security Council Seat representing the United Kingdom.

The delegation was led by Dr. Margarita Rose of the King’s economics department and Dr. Beth Admiraal of the College’s political science department. 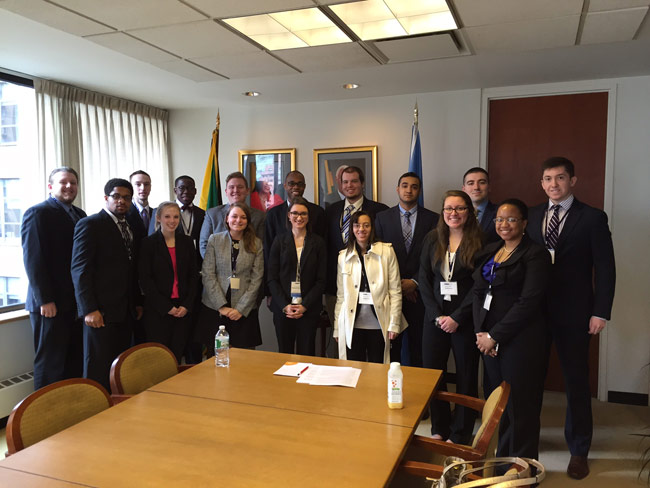