April 2, 2014 - The enchantment of Sirens will lure audiences to a deserted island, where magic, fairies and romance collide in a moonlit forest during the King’s College Theatre Department’s upcoming production of Shakespeare’s classic comedy, “A Midsummer Night’s Dream,” at 7:30 p.m. April 9-12 and at 2 p.m. Sunday, April 13, in the George P. Maffei II Theatre.

The King’s College Theatre Department sets the stage on a mysterious deserted island, where Sirens’ enchanting music and voices entice sailors to shipwreck on the rocky coast. Now, Captain Theseus and his intended bride, Hippolyta, along with members of the Athenian Yacht Club, arrive on the island and are followed by four young, misguided lovers and a band of comical dockworkers.

Their adventures in the island’s enchanted and moonlit mangroves, inhabited with spirits who unleash magical practical jokes and spells on the visitors, lead them into improbable love affairs and transform them in the most comical and unlikely ways.

The George P. Maffei II Theatre is located in the Administration Building on North River Street. Tickets are $12 for general admission, $7 for senior citizens, and $5 for King’s alumni and non-King’s students. For more information or to reserve tickets, call the box office at (570) 208-5825 or e-mail boxoff@kings.edu. To purchase tickets online, visit the website http://www.brownpapertickets.com/event/612573 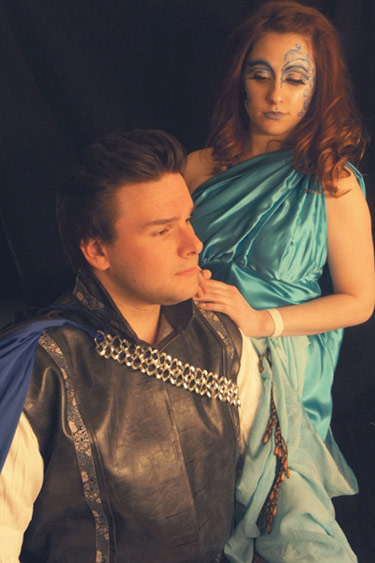