March 18, 2014 - The Information and Instructional Technology Services (IITS) Department at King’s College recently donated more than $3,000 in computer equipment to the after-school programs held at the McGlynn Learning Center and Mineral Springs Center in Wilkes-Barre.

The McGlynn and Mineral Springs learning centers serve more than 130 children, ranging in age from kindergarten through high school. The students will use King’s donated equipment for research projects and as a component in the centers’ English as a Second Language programs.

The initiative was coordinated through Timothy Mike of Shavertown, a junior computers and information systems major at King’s. The need for the equipment became apparent after Mike volunteered at the learning centers as a Scholar in Service program participant. Mike worked with King’s IITS department’s Ray Pryor, managing director of user services at King’s, to coordinate delivery and installation of the new equipment. The learning centers old computers were recycled through King’s facilities department.

The McGlynn Learning Center, located within the Boulevard Town Homes, and the site at Mineral Springs are funded in part by the Wilkes-Barre Housing Authority. The centers provide numerous educational, recreational, and social outreach programs for the children who live in the subsidized housing units.

Even after King’s donation, the learning centers still have 20 outdated computers.  The Mineral Springs site lacks Internet access. The centers seek sponsors to provide a site license to use software packages, such as Microsoft Office and Adobe Creative Suite, scientific calculators, and computer tablets. 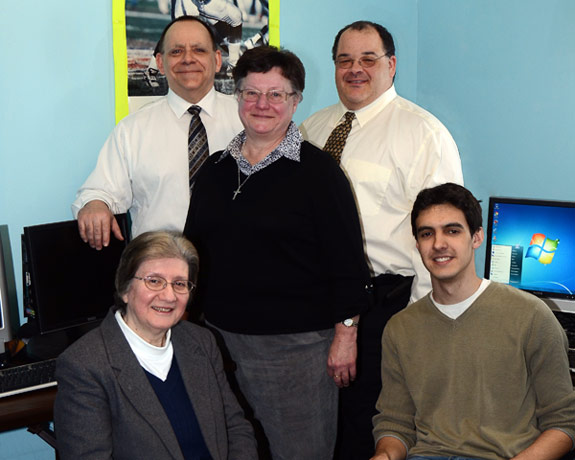