February 27, 2015 – Religion scholar Dr. Amy-Jill Levine, University Professor of New Testament and Jewish Studies at Vanderbilt University, will discuss the historical context of Jesus’s parables and the content of his teachings at 7 p.m. on Monday, March 16, in the Burke Auditorium at King’s College. The lecture is this year’s “Divine Wisdom Lecture.”

Jesus was a skilled storyteller who used examples from everyday life to speak about economics and politics, family values and social concerns, justice and compassion. But, removed from their historic setting in first-century Galilee and Judea, contemporary interpretations of Jesus’s parables may lose their original provocation and the genius of his teaching.

Jesus’s parables were designed to unsettle listeners and prompt them to see the world in a different way. Levine will discuss the historical context of his teachings, in particular Judaism and the Jewish scriptures that shaped his stories.

Levine’s lecture, titled “Jesus the Jewish Storyteller: Hearing the Parables in Historical Context,” is free and open to the public. The event is co-sponsored by the Interfaith Council of Wilkes-Barre, the McGowan Center for Ethics and Social Responsibility and the Honors Program at King’s.

Levine also serves as the E. Rhodes and Leona B. Carpenter Professor of New Testament Studies Professor of Jewish Studies, Divinity School and College of Arts and Science at Vanderbilt. She has been awarded grants from the Mellon Foundation, the National Endowment for the Humanities, and the American Council of Learned Societies, and has held office in the Society of Biblical Literature, the Catholic Biblical Association, and the Association for Jewish Studies.

She is the author of “Short Stories by Jesus” and “The Misunderstood Jew: The Church and the Scandal of the Jewish Jesus.” She also co-edited “The Jewish Annotated New Testament.” 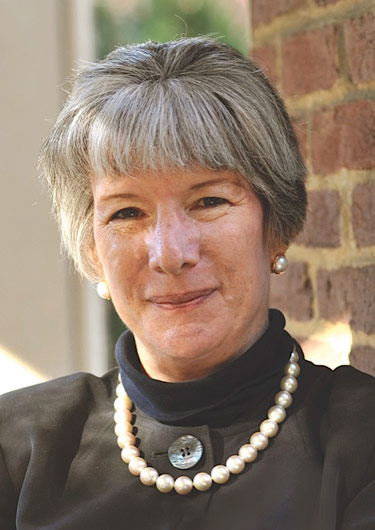