July 6, 2014 - “The Idea of a Catholic College: Charism, Curricula, and Community,” a two-day conference on the distinctive mission of Catholic colleges in higher education, will be held September 19-20 at King’s College.

The Reverend John Jenkins, C.S.C., president of the University of Notre Dame, will provide the conference’s keynote address at 8:30 a.m. Friday, September 19, on the third floor of the Sheehy-Farmer Campus Center.  The public is invited to attend the keynote address.

Other confirmed panelists who will participate in panels on general education, professional programs, and co-curricular life include representatives of Boston University, St. Mary’s College (Cal.), the University of Portland, Gonzaga University, St. Edward’s University, and the University of Scranton.  Approximately 30 papers will be presented, and an additional 100 people are expected to attend the conference.  The conference’s proceedings will be published in the “Journal of Catholic Higher Education.”

The conference has been developed by a campus committee chaired by Dr. Bernard Prusak, associate professor of philosophy and director of the McGowan Center for Ethics and Social Responsibility.  The conference is being funded by a grant from local residents Charles and Mary Parente and by King’s College institutional funds.

“The conference’s principal external goal is to engage and advance a national discussion about the present and future of Catholic higher education, which some national commentators have claimed is in a period of crisis,” said Prusak. “The conference is internally relevant to King’s as the College seeks to revise its Mission Statement and enrich its core curriculum in alignment with its most recent strategic plan.”

An estimated 65 King’s faculty members, key administrators and staff members, and members of the College’s Board of Directors and President’s Council are expected to participate in the conference.  Representatives of other local and regional Catholic colleges will also be in attendance.

The keynote address by Father Jenkins will also be this year’s Moreau Lecture, an annual event, sponsored by the Congregation of Holy Cross at King’s, which brings renowned theologians and philosophers to the King’s campus to address issues of social justice, ethics, and Catholic identity. Father Jenkins is the 36th speaker in the history of the Moreau Lectures Series, which is named in honor of Blessed Father Basil Anthony Moreau, founder of the Congregation of Holy Cross. 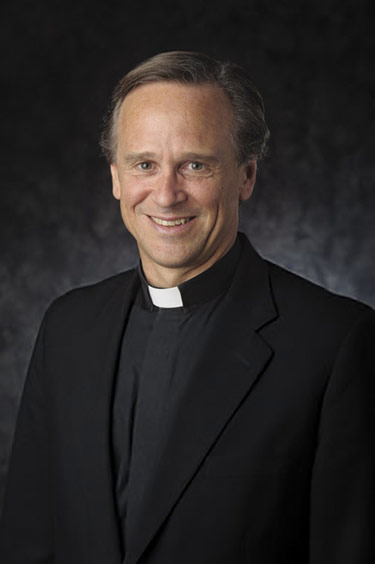