Oct. 24, 2013 - King’s College students Taylor Brainard, Jesse Harvey, and Kelsey Jones have been awarded full-tuition scholarships to study in Northern Ireland during the 2013-2014 academic year as part of the Irish-American Scholars Program.

Brainard is studying during the fall semester at the University of Ulster in Jordanstown, Northern Ireland. The recipient of a Presidential Scholarship at King’s, Brainard is a junior majoring in marketing with a minor in mass communications.

Harvey is studying during the fall semester at Queen’s University in Belfast, Northern Ireland. A senior majoring in political science, Harvey published a white paper based on his research on infrastructure financing mechanisms conducted during his internship at the Institute for Public Policy and Economic Development. He also completed an internship with the Luzerne County Public Defender’s Office.

He recently participated in the Learning Works Program tutoring local low-income students in an after-school program administered by King’s College and Volunteers of America. He also serves as a peer tutor.

Jones will study during the spring semester at Stranmillis University College of Queen’s University in Belfast, Northern Ireland. A junior majoring in elementary education, Jones is a member of King’s Scholars in Service Program and participates in various community service projects throughout the academic year. She is a member of Kappa Delta Pi, the education honor society; the education club; and is president of the Columbiettes, a charitable division of the Knights of Columbus.

She also joined a group of King’s volunteers to work in rehabilitation and elderly centers with the Romero Center in Camden, N.J. during Fall SERVE (Students Engaged in Reflective Volunteer Experiences), and volunteered at a homeless center in South Bend, Ind., during Winter SERVE.

The Irish-American Scholars Program is sponsored by the Government of Northern Ireland; Ulster and Queen’s Universities; The Belfast Institute of Further and Higher Education; and the Catholic, United Methodist, and Presbyterian Churches. American colleges and universities that accept students from Northern Ireland through the Business Education Initiative are eligible to participate.

For more information on the Study Abroad Program, contact Mollie Farmer, director, at 570-208-5986. 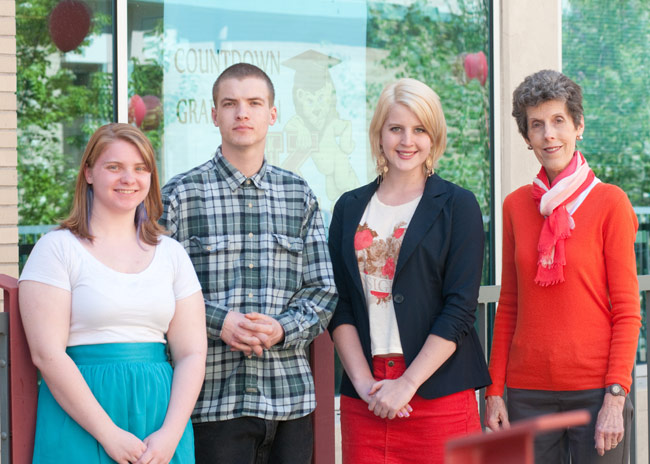