From the heart of Times Square to the cafes of Havana, Cuba, “Guys and Dolls” introduces audiences to a cast of legendary characters: Sarah Brown, the upright but uptight "mission doll," out to reform the evildoers of Time Square; Sky Masterson, the slick, high-rolling gambler who woos her on a bet and ends up falling in love; Adelaide, the chronically ill nightclub performer whose condition is brought on by the fact she's been engaged to the same man for 14 years; and Nathan Detroit, her devoted fiancé, desperate as always to find a spot for his infamous floating crap game.

The George P. Maffei II Theatre is located in the Administration Building on North River Street. Tickets are $12 for general admission, $7 for senior citizens, and $5 for King’s alumni and non-King’s students. For more information or to reserve tickets, call the box office at (570) 208-5825 or e-mail boxoff@kings.edu. To purchase tickets online, visit the website http://www.brownpapertickets.com/event/558433 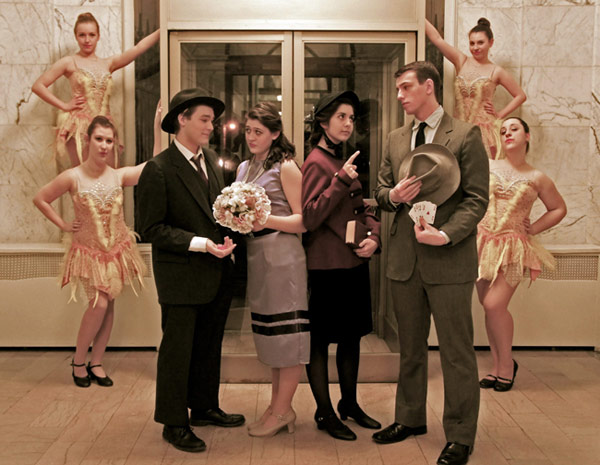