Feb. 6, 2014 - Dr. F. Daniel Davis, director of bioethics for Geisinger Health System, will deliver the 2014 Saint André Bessette Lecture, titled “Between Duty and Virtue: Ethics in Medicine,” at 4 p.m. Tuesday, Feb. 11, in the Burke Auditorium at King’s College.  In case of inclement weather, the event will be held at the same time on Wednesday, Feb. 12.

Davis came to Geisinger in 2012 with more than 20 years experience in theoretical and applied bioethics. He earned his doctorate in philosophy with a specialization in the philosophy and ethics of medicine from Georgetown University, where he served as well as an associate dean for educational planning and evaluation and director of professional education at Georgetown’s School of Medicine. He was also a senior research scholar in the Center for Clinical Bioethics and as a senior ethicist on the ethics consultation service at Georgetown University Hospital, working in the adult, pediatric, and neonatal intensive care units.

Davis became executive director of the President’s Council on Bioethics in 2006, where he spearheaded the research, writing, and publication of white papers on standards for the determination of death and newborn screening and  the council’s anthology on human dignity. He was later appointed senior advisor for bioethics in the Office of Science Policy, focusing on ethical issues in biosecurity and reform of the Common Rule, the ethical and regulatory framework for human subjects research.

Saint André Bessette, the first Holy Cross Congregation member to attain sainthood, was known as a healer for his devotion to the sick and afflicted. The King’s College Student Health Center, André Hall, is named in his honor. 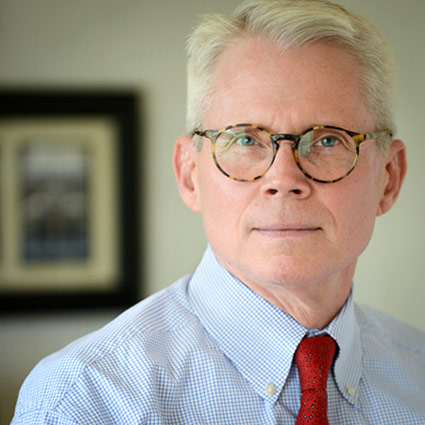