November 20, 2014 -Members of the King’s College community raised $2,800 for the St. Vincent de Paul Kitchen in Wilkes-Barre through the third annual Coins for a Cause campus campaign.

The donation was made to St. Vincent de Paul in memory of Joseph Frank, emeritus member of the King’s College Board of Directors, and Brother Harold Rogan, C.S.C., former director of security at King’s.

Frank, who died in September, was a founding member of the St. Vincent de Paul Kitchen in 2000.

This is the first year that proceeds from the Coins for a Cause fundraiser were earmarked for a local organization.  Previously, monies raised through the campaign have benefitted a school for special needs children in Lima, Peru, and a program designed to help homeless children in India.  Both programs are operated by the Congregation of Holy Cross, the religious order that founded and continues to sponsor King’s College. 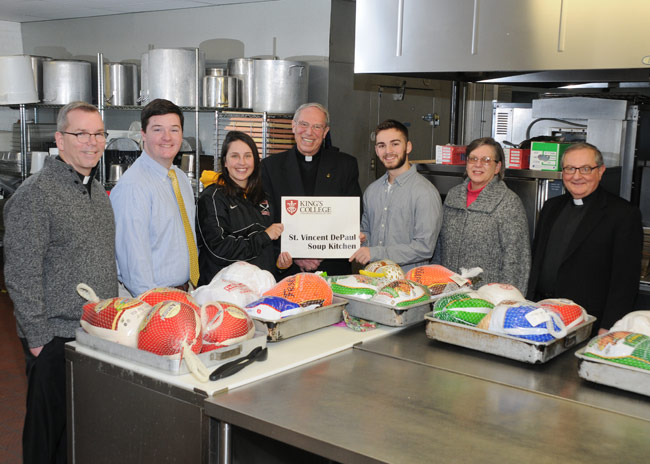