July 7, 2015 - Dr. Noreen O’Connor, associate professor of English at King’s College, recently participated in a National Endowment for the Humanities Institute that explored the development of print and periodical culture in New York City. The institute, titled "City of Print," was a collaborative and interdisciplinary program held at sites throughout the city, including the Schomburg Center for Research in Black Culture, the New York Historical Society, City Tech, Baruch College, and John Jay College.

O'Connor explored New York and the influence of its publishing institutions; took part in discussions led by cultural historians, archivists and experts in the fields of American literature, art, and urban history; participated in hands-on sessions in the periodicals collection of the New York Historical Society; visited sites important to the rise of New York's periodical press, such as Newspaper Row, Gramercy Park, the Condé Nast archives and the Algonquin Hotel; and worked collectively on a digital map hosted by Historypin.

In addition, O'Connor is working on a project that she began as a participant while studying in Uganda on a Fulbright-Hays trip in 2014. The project explores nonfiction works about Africa by Edith Wharton and Ernest Hemingway that were published in New York Periodicals, including “Scribner's Magazine,” “Life” magazine, and “Look” magazine. She has previously published research on Edith Wharton and “The Pictorial Review.”

O’Connor was granted tenure by the College’s Board of Directors in 2014. She earned a doctorate in literature at George Washington University. She has presented her research on the local silent film industry to the Back Mountain Historical Society and Luzerne County Historical Society. She also presents her work at national conferences and has published on Sylvia Townsend Warner, Edith Wharton, Virginia Woolf, Jean Rhys, and Santa Claus. She hosts "Off the Page," a program dedicated to student writing on King’s radio station, WRKC. 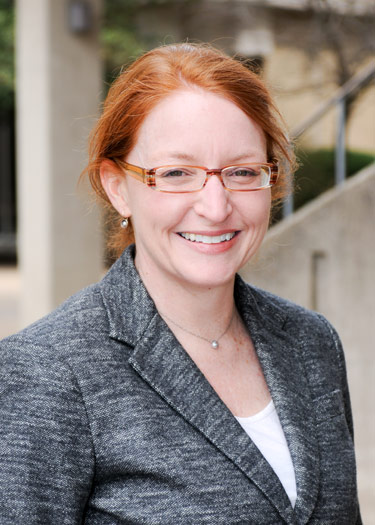