March 27, 2015 – Dr. Shelley Burtt, Executive Director of the Camphill Foundation, is the keynote speaker of the 2015 King’s/Wilkes Women’s and Gender Studies Conference. She will discuss “The Politics of Caregiving in America: The Challenge of Camphill’s Model of Inclusive Care,” at 7 p.m., Monday, April 13, in the Burke Auditorium at King’s College.

The lecture is part of a series on medical care and care of the vulnerable among us sponsored by the McGowan Center for Ethics and Social Responsibility at King’s.

The Women’s and Gender Studies Conference is a joint venture coordinated by Wilkes University’s Women’s and Gender Studies Program and King’s College’s Women’s Studies Program. The conference theme this year is “Women and Work.” Presentations on gender studies research projects, panel discussions, and performance art will be part of the conference to be held April 14-15 at King’s.

Before joining the Camphill Foundation as executive director in 2010, Burtt served on the foundation’s board for six years. She has published a book on 18TH century political theory and numerous scholarly articles, as well as the 2009 New York Times article “Saying Yes to Ryan.” She earned a bachelor’s degree and doctorate from Harvard University. Her family’s passionate connection to Camphill began with the birth of their third child, Declan, who was born with Down syndrome and who passed away in 1996.

The Camphill Foundation provides grants and loans to over 100 communities throughout the United States and abroad in support of projects to enrich the quality of life of people with learning disabilities.

The Burke Auditorium is located on the first floor of the William G. McGowan School of Business on the corner of North River and West Union streets. Parking will be available in on-campus lots. For more information, please contact Dr. Bernard Prusak, director, McGowan Center for Ethics and Social Responsibility, at (570) 208-5900, ext. 5689. 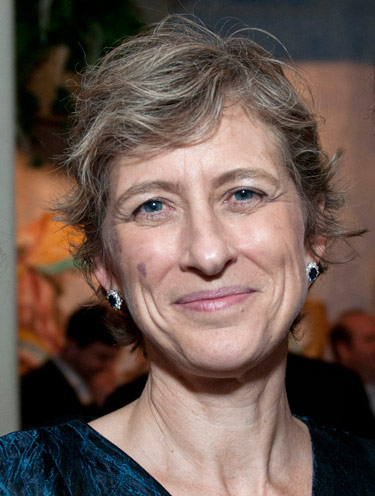