October 6, 2014 - Award-winning writer Jimmy Santiago Baca will read excerpts from his work during a free public event at 7:30 p.m. Tuesday, Oct. 21, in the Burke Auditorium at King’s College. Baca is the 2014 Visiting Writer, a program co-sponsored by the College’s English Department and “Experiencing the Arts” Program. Baca will also work with English students on their creative writing as part of a two-day campus residency.

Baca’s work is concerned with social justice and revolves around the marginalized and disenfranchised, treating themes of addiction, community, and the American Southwest barrios. In addition to over a dozen books of poetry, he has published memoirs, essays, stories, and a screenplay, “Bound by Honor” (1993), which was made into a film directed by Taylor Hackford.

He has won numerous honors, including the National Endowment for the Arts award in poetry, the Vogelstein Foundation Award, the National Hispanic Heritage Award, the Pushcart Prize, and the International Prize. He has also held the Wallace Stevens Endowed Chair at Yale.

Baca has conducted writing workshops in prisons, libraries, and universities for more than 30 years. In 2004, he launched Cedar Tree, a literary nonprofit designed to provide writing workshops, training, and outreach programs for at-risk youth, prisoners and ex-prisoners, and disadvantaged communities.

Baca earned a bachelor’s degree in English and an honorary doctorate in literature from the University of New Mexico.

The Burke Auditorium is located in the William G. McGowan School of Business on North River Street. A book signing will follow the reading. Selected volumes of his poetry will be available for purchase prior to the event at King’s/Wilkes Barnes & Noble Bookstore, S. Main St., Wilkes-Barre, and at the reading.

Parking will be available at on-campus lots. No tickets are required. Seating is available on a first-come, first-served basis. For more information, please contact Rev. Anthony Grasso, C.S.C., at (570) 208-5900, ext. 5631 or e-mail anthonygrasso@kings.edu. 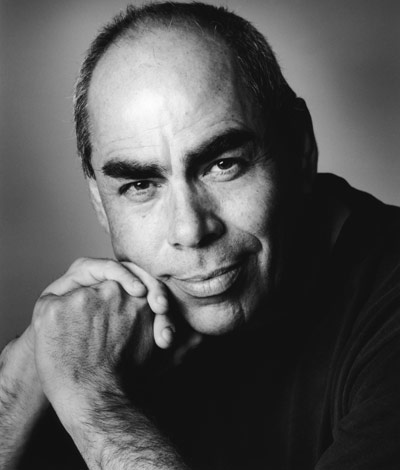 Poet Jimmy Santiago Baca will read from his works on Oct. 21 at King’s College.