King’s on Square Facility Provides “Perfect” Site for Display of Art Collection Dedicated to Anthracite Coal Miners, According to Donor and Artist

July 3, 2014 - Since 2007, Jim Burke and Sue Hand have searched for the perfect place to display the “Anthracite Miners and Their Hollowed Ground” exhibit.  Both agree that the new King’s on the Square facility in Wilkes-Barre is the ideal venue through which a wider public can be educated through the artistic depictions about the daily life of an anthracite coal miner.

Burke, a member of the first graduating class at King’s and former chair of the College’s Board of Directors, acquired a large portion of Hand’s 300-piece collection in 2007.  He displayed some of the hexagon-shaped paintings when he debuted “The Molly McGuires” play at the Kirby Center in 2007.

Since that time, he has searched for a permanent host site for the collection.  Other sites could not provide the space needed to display all the pieces Burke owned, nor could the site guarantee the collection would be on permanent display.

“I acquired these pieces with the purpose of making them available to a wide audience,” Burke noted recently.  “I view Sue’s collection not simply as art, but as art history.  Had I searched forever, I could not have found a better home for Sue’s art than King’s on the Square.”

Burke recently donated 203 15x15 inch paintings to King’s.  The College will display those pieces, plus 10 provided by other private owners, on the first floor of the “King’s on the Square” building which is scheduled to open in August.  The exhibit will be accessible to the general public.

A noted local artist, Hand displayed 265 of the paintings at her Dallas studio shortly after completing them in 2007. The paintings are meant to be a portrayal of the daily lives of 19th and early 20th century anthracite miners in the coal patches of Pennsylvania.

A portion of the collection has since been displayed at limited exhibitions twice at King’s College, and once at Luzerne County Community College and the Kirby Center.  The King’s on the Square exhibit will be the first permanent display of the paintings and the largest since the collection’s debut in 2007.

“The combination of the collection and King’s on the Square is absolutely perfect,” Hand said recently.  “Jim Burke has done such a great job keeping the collection together and waiting for the right opportunity to bring it to a wider audience.  I can’t think of a more perfect site than Public Square in Wilkes-Barre.”

“King’s on the Square is a transformational project that will create a vibrant and dynamic center for learning and living in the heart of our city,” said Father John Ryan, C.S.C., president of King’s.  “In the new facility, learning will not only be delivered through our new state of the art classrooms and labs, but also through collections that capture and pay homage to our community’s unique people and history, such as “The Anthracite Miners and Their Hollowed Ground.”  The heartfelt contributions of Jim Burke and Sue Hand – and many others like them – are enhancing this bold revitalization in a very special way.  Both I and King’s College community is grateful for their creativity and their generosity.” 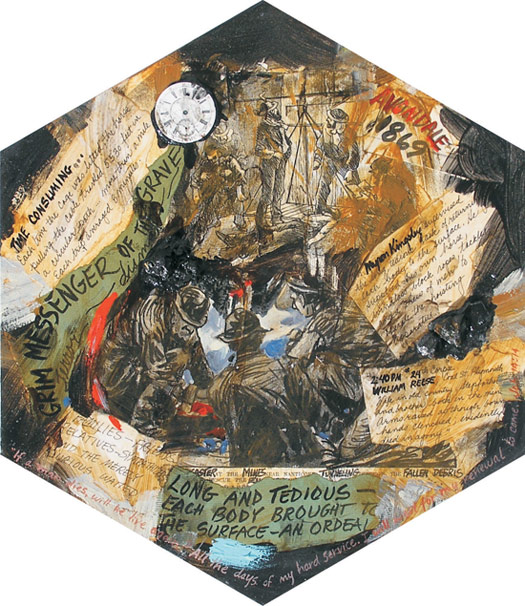 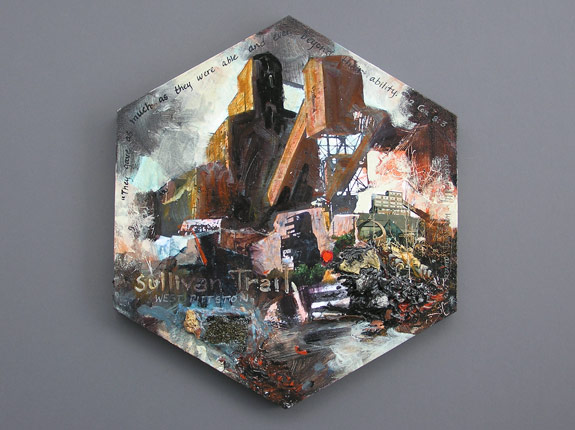