November 6, 2018 - A poem by Jennifer Judge Yonkoski, assistant technical director of English at King’s College, was selected for inclusion in a permanent installation by renowned conceptual artist Jenny Holzer.  The installation, titled “For Philadelphia 2018,” is located in the lobby of the Comcast Technology Center which recently opened in downtown Philadelphia.

The poem, titled “81 North,” is a reflection on an evening trip on the local interstate highway and was recently published in “The Schuylkill Valley Journal.” The poem is included among works by international and Philadelphia-based artists and poets as well as Philadelphia-area school children who were asked to complete phrases about life in the city.  The works are presented on nine digital screens attached to the lobby’s ceiling.

Holzer is a New York-based conceptual artist whose reputation was built on projects designed to deliver, often anonymously, words and concepts in public spaces.  She has used various media to deliver her messages, including street posters, billboards, paintings, engravings, photographs, and projections.

Judge Yonkoski is the most recent recipient of the Rev. Donald Grimes, C.S.C., Annual Award for Service-Learning Teaching Excellence.  She is also the advisor to the college’s fine arts magazine, “The Scop,” and the moderator of the Campion Literary Society.   She also coordinates the Luzerne County Poetry in Transit Program. 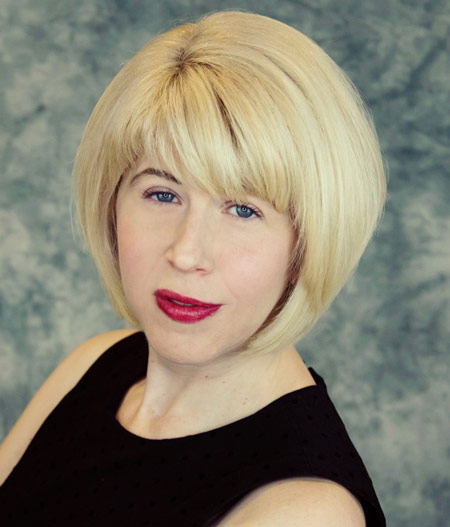