Station Manager Kristina Atienza was a finalist in the "Best Campus News" category for her piece, "Lessons from the Dead," about the opening of the Gross Anatomy Lab at King's on the Square.

Atienza was also named a finalist in The Society for Professional Journalists "Mark of Excellence" Contest, Region One, in the category of feature story for her piece, "Rolling with the Radicals," a profile of Wilkes-Barre's female roller derby team. 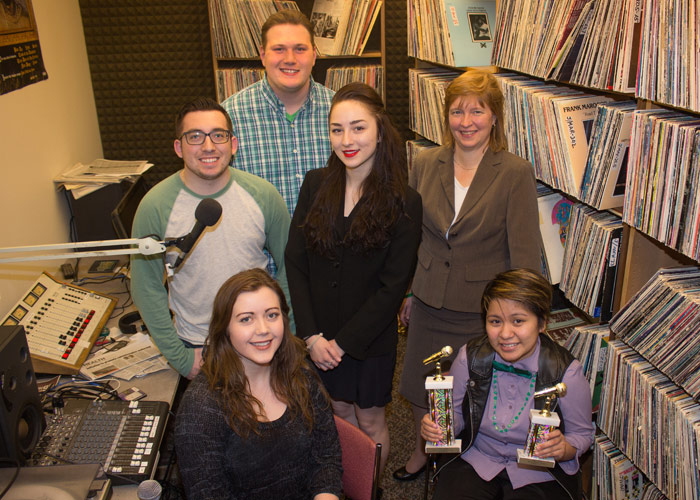 Pictured in back row is Dan Stokes, news reporter.