Peyton Walker was a physician assistant major at King’s when she died unexpectedly in November 2013 from sudden cardiac arrest. The Peyton Walker Foundation was created to raise awareness and survival rates for people who go into sudden cardiac arrest. Selection for the scholarship is based on academic achievement and financial need.   Commisso and Mastaler, who are both in their fifth and final year of the physician assistant master’s degree program, were each awarded $5,000.  Merrick and Hudak, who are in their fourth year of study, were awarded $2,500 each.  This is the fourth year the scholarships have been awarded. 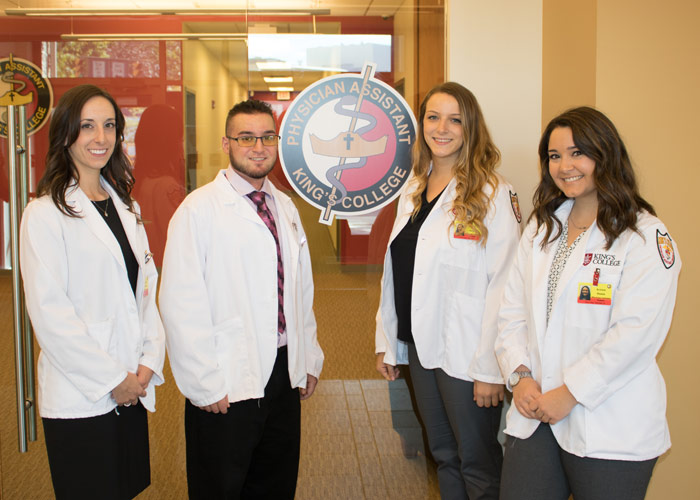 Pictured, from left, is Mastaler, Commisso, Merrick, and Hudak.