May 21, 2019 – King’s College recently held an event celebrating the 50th anniversary of the establishment of the Theatre major, and honored the program’s founder, Carl E. Wagner. The event was held in the George P. Maffei II Theatre on King’s campus and more than 100 alumni and friends of the program attended the event. Tony Award-winning designer and King’s Alumnus Santo Loquasto ’66 saluted Wagner with a champagne toast and King’s Theatre Professor M. Sheileen Godwin ’83 provided the honorary remarks.

A native of Dushore, Pa., Carl E. Wagner earned his B.F.A. in Theatre at Ithaca College, his M.A. in Theatre at Penn State University, and is a U.S. Navy Veteran. He is a lover of educational theatre and began working at King’s College in the spring of 1954. During his inaugural year, he formed The King’s Players, which has been presenting Shakespeare to the King’s community for 69 consecutive years.

Wagner proposed the creation of the Theatre Major in the 1968-1969 academic year. In his proposal, he described the benefits of theatre courses as a way to “develop creative and interpretive thinking, which broaden the student’s growing knowledge and understanding of maturity and of the life which surrounds him. The academic guidance of the student of Theatre presents him an active role in a cultural activity, which, in turn, allows him to view both life and himself in objective perspectives.”

Wagner directed more than 80 mainstage productions during his time as a faculty member of the Theatre Department and served as Chair from 1954 to 1985. 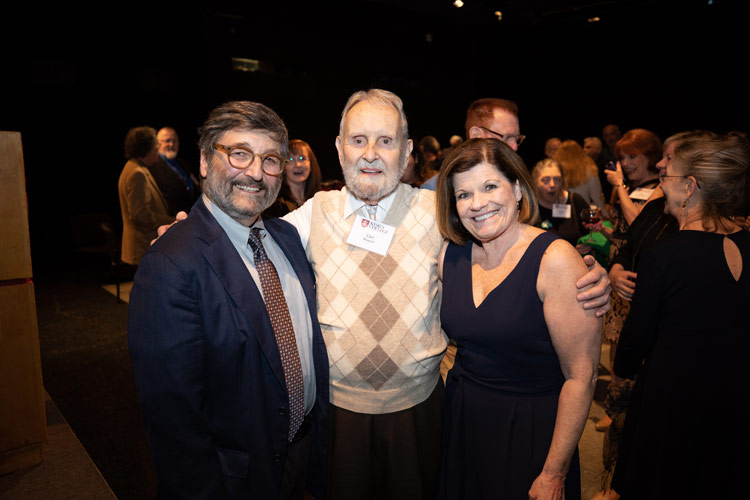