May 18, 2017 - Glenn Tyranski, a dedicated alumnus, mentor, and board member, has been selected as the fourth recipient of the Rev. James Lackenmier, C.S.C., Award for Achievement and Leadership.  The award will be presented at a ceremony to be held Thursday, October 19, at the New York Athletic Club.

Proceeds from the award dinner will benefit the King’s College Presidential Hope Fund, a critical resource that supports deserving King’s students who are faced with unforeseen financial hardships that threaten their ability to complete their undergraduate studies.  To date, nearly $550,000 has been raised for the Fund.

The award dinner will be held in conjunction with the College’s 13th annual McGowan School of Business Forum.

“Glenn Tyranski is the personification of a servant leader; he gives tirelessly of his time, talent and treasure to benefit and enrich his alma mater and his community,” said Father John Ryan, C.S.C., King’s president.  “Glenn takes time from his busy career and other obligations to travel to campus frequently, to mentor students, to speak on panels, and to advise King’s leadership, helping the College grow and move forward in important ways.”

Tyranski is Managing Director at FTI Consulting, based in New York City, in the Forensic Accounting & Advisory Services practice, specializing in activism, shareholder engagement and governance.

A 1984 graduate of King’s College, Tyranski holds a bachelor of science degrees in accounting and in computers and information services. He began his career in the assurance practice at KPMG advancing to senior manager.  Next, he joined the New York Stock Exchange, where he advanced to Senior Vice President of Financial Compliance.  In this role he was co-chair of the NYSE’s Listings & Compliance Committee and reported directly to the Exchange’s Chief Regulatory Officer and the NYSE Regulation Board of Directors.  Tyranski most recently was Executive Director in Ernst & Young’s Financial Accounting Advisory Services practice.

“King's College holds a special place in my heart, and taught me how not only to make a living but how to live,” said Tyranski. “I am so very honored and privileged to receive the Lackenmier Award this coming fall.”

Tyranski is a member of the King’s College Board of Directors, the William G. McGowan School of Business Advisory Council, and a former member of the President’s Council at King’s.  He is recipient of the 2011 Robert J. Ell Alumni Award for Outstanding Service to Alma Mater.

He is a Certified Public Accountant, and a member of the American Institute of Public Accountants (CPA) and New York State Society of CPAs.  Tyranski serves on the boards of directors of Long Island Children’s Museum, Tomorrow’s Hope Foundation, and Financial Executives International, NYC Chapter.  Additionally, he is an active member of the National Association of Corporate Directors, the National Investor Relations Institute and is affiliated with a number of parish related organizations.

Glenn lives on Long Island with his wife Susan Waiter and is father to three daughters, Mary, Grace, and Anna and grandfather to Thea.

The annual McGowan School of Business Forum provides approximately 100 King’s students each year an opportunity to be mentored by leaders in the business field, most of whom are graduates of the College.  The mentoring session is followed by a formal dinner, presentation of the award, and remarks by the recipient.  The award dinner and Forum rotate on an annual basis between New York City, Philadelphia, and Wilkes-Barre.

Tickets for the event are $300/person and $150/person for King’s graduates from the classes of 2007 to the present.  Various levels of sponsorships and program ads are available. For further information, contact Patrice Persico at patricepersico@kings.edu or at 570-208-5972. 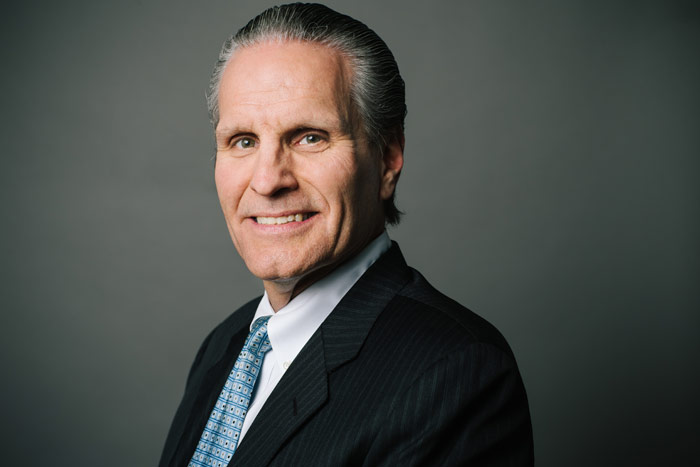