Aug. 29, 2016 - The King’s College Theatre Department’s 2016-17 theatre season will feature productions of award-winning plays, including an inspiring musical, an American farce, one of Shakespeare’s magical tales, and the area-debut of a Pulitzer Prize winning drama.

The Theatre Department kicks off the season with performances of the award-winning musical, “Godspell.” The show, featuring music and lyrics by Stephen Schwartz and based on the John-Michael Tebelak book, is composed of musical parables from The Gospel According to St. Matthew and chronicles the last days of Jesus. Performances will be held at 7:30 p.m. Sept. 29-30, Oct. 1, and Oct. 6-8, and at 2 p.m. on Oct. 2.

Playwright Michael Parker’s bedroom farce “Whose Wives Are They Anyway” will be presented in November. After sending their wives shopping in New York, two well-meaning business executives anticipate a fulfilling golf weekend until their new CEO unexpectedly arrives and wants to meet their wives, announcing: "anyone who goes to a resort without their wife won't be employed with me." The golfers must hastily produce wives - one man talks the sexy receptionist into portraying his wife, but the only other person available to play the other man's wife is the other man. This comedy culminates with the arrival of the men’s actual wives. Performances are scheduled for 7:30 p.m. on Nov. 10-12 and Nov. 17-19 and at 2 p.m. on Nov. 13.

Known to be The Bard’s last play, “The Tempest” is a magical tale that tells the story of Prospero. Exiled on an island for 12 years, Prospero seeks revenge on those who have wronged him by orchestrating a storm with his magical powers. But eventually he, as well as the shipwrecked king and his sordid entourage, learn the power of forgiveness. Performances will be held at 7:30 p.m. on Feb. 15-18 and 2 p.m. on Feb. 18-19. High school matinee performances are available upon request.

“What do you do when you’re not sure?” Father Flynn’s opening line from the 2005 Pulitzer Prize and Tony Award-winning play, “Doubt: A Parable,” sets the stage for playwright John Patrick Shanley’s drama. The story follows principal Sister Aloysius who takes matters into her own hands when she has suspicions of a young, progressive priest at her school. Performances for the area premiere of the play are scheduled for 7:30 p.m. on March 30-31, and April 1, April 6-8, and at 2 p.m. on April 2.

All theatre productions will be performed in the George P. Maffei II Theatre, located in the Administration Building on North River Street. Tickets are $12 for general admission, $7 for senior citizens, and $5 for King’s alumni and non-King’s students. For more information on upcoming performances or to reserve tickets, call the box office at (570) 208-5825 or e-mail boxoff@kings.edu. 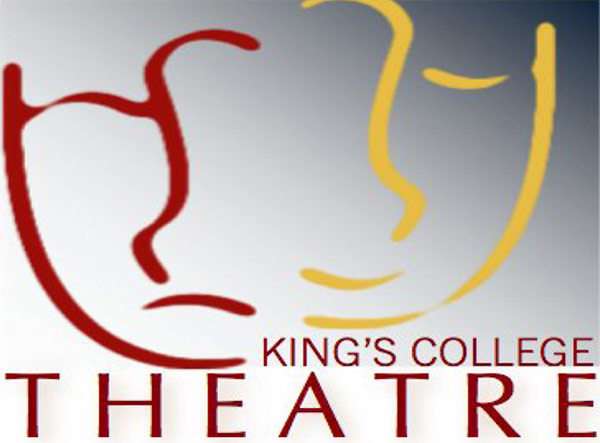