On September 8, 2022, King’s College and the McGowan Center for Ethics and Social Responsibility hosted “Health, Hope, and Despair: An Interdisciplinary Conference” in collaboration with Lehigh Valley Health Network, which recently opened a hospital branch in nearby Dickson City, Pa. Through financial support from the Moses Taylor Foundation, this was the first conference the College had hosted in more than three years. In total, approximately 200 people attended, in person and online, with a large majority taking advantage of the hybrid format to watch from across the country.

The brainchild of Bernard Prusak, Ph.D., Professor of Philosophy and Director of the McGowan Center, the conference “Health, Hope, and Despair” evolved along with its subject matter. Prusak had been working on the conference for several years—his early discussions with Christopher O’Brien, Dean of Health Sciences and Associate Clinical Professor of Sports Medicine at King’s College, began back in 2017.

The original idea for the conference was to focus on so-called deaths of despair. Over the last 20 years, morbidity and mortality rates have increased significantly for working-class people aged 45-54. Led by economists Anne Case and Angus Deaton, researchers documented a remarkable increase in illness and death from causes like overdoses, suicide, and alcohol related diseases.

“The decline goes against trends of increased life expectancy,” said Prusak. “And Northeastern Pennsylvania was hit hard. Our idea was to use the conference to dig deep into why.”

In a stroke of irony, two years of plans for a conference centered on despair were delayed due to the devastating pandemic spreading across the country.

Prusak noted that burnout and suicide rates were already high in the profession before the pandemic, and the problems have only compounded since 2020. This didn’t change the focus of the conference but gave a new inflection to what was envisioned and created an opportunity to think more deeply about the healthcare profession.

Organizing a conference like this, even a one-day conference, takes hundreds of hours. It was also unique to create an event aimed at providers and professionals as the primary audience as opposed to academics. And another significant undertaking: offering continuing education credits for the healthcare professionals in attendance.

“Preparing a hybrid format for a conference like this was new territory for me, as was applying for the conference to be an approved provider of continuing education credits,” said Prusak. “Lehigh Valley Health Network did a lot for us in that regard to ensure we met the regulations.”

After years of preparation, the single-day conference, which featured four sessions, was met with great success.

In the morning, “On the Virtue of Hope and the Vice of Despair” featured Aaron Cobb, Ph.D., Professor of Philosophy from Auburn University at Montgomery, and Nicole Hoskins, Ph.D., Assistant Professor of Theology from the University of Scranton. The session closely explored hope as a moral virtue and despair as a moral vice.

“The morning was superb,” said Prusak. “A number of attendees remarked that they hadn’t expected to learn as much as they did.”

The second morning session, “The Other Epidemic During the Pandemic: Diseases and Deaths of Despair,” was equally well received and was led by Joel Shuman, Ph.D., Professor of Theology at King’s College and Kristen Topolski, Founder and Chief Executive Officer of New Roots, Inc., and Vice President of the Willow Foundation.

In his opening, Shuman described the magnitude of the deaths of despair phenomenon, focusing closely on the opioid crisis. Topolski shared her professional and personal experiences of the work she’s done helping those suffering from opioid and related conditions.

In the afternoon’s first session, “The Body Politic and Personal and Public Health,” speaker Anita Sreedhar, M.D., M.P.H., from Montefiore Medical Center, discussed what the pandemic has revealed about public health and hesitancy around vaccination. In her presentation, Sreedhar articulated the changes in public trust of science and government and the shift from thinking less about the common good and more in consumeristic terms.

Closing the day, “Beyond the Pandemic,” a five-person panel comprised of doctors and practitioners from Lehigh Valley Health Network and Geisinger, reviewed the present and future challenges for healthcare providers.

Looking back, Prusak is proud of the conference’s accomplishments and the important contribution the College has made to our community as well as healthcare practitioners locally, regionally, and nationally as they come to terms with the state of the industry after the pandemic.

“This is not our most hopeful time as a nation or as a world,” Prusak said. “But the conference encouraged people to think about causes for hope and practices that might sustain it in difficult times.”

Likewise, he noted, hope is a critical value to the Congregation of Holy Cross, the College’s founding order.

To view the conference recording for free, please visit the McGowan Center for Ethics and Responsibility YouTube channel. 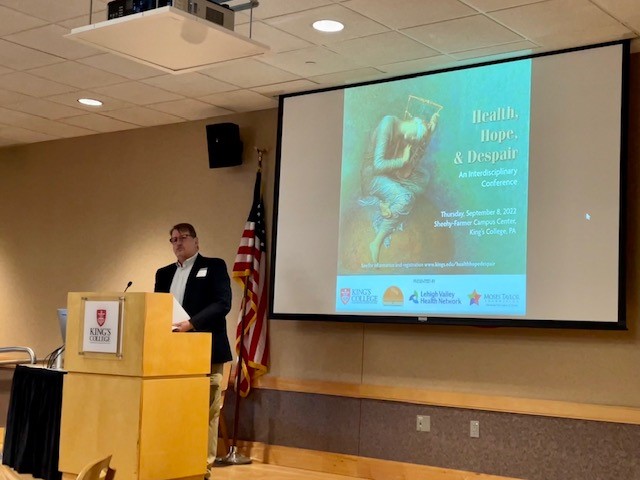 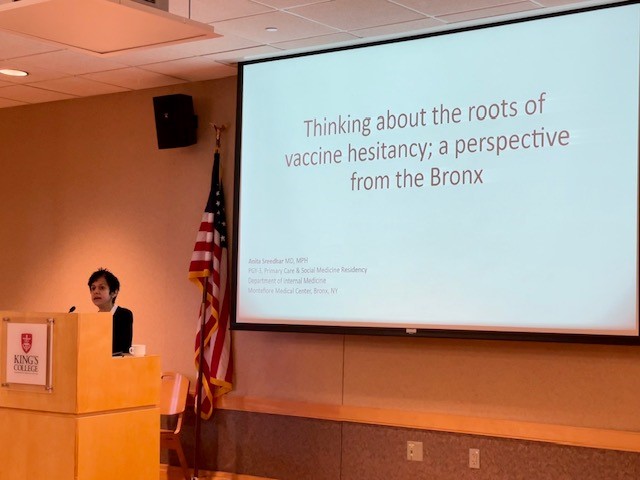