June 27, 2016 - King’s College student Julia Stopper of Mountain Top received a full tuition scholarship to study during the fall semester at Queen’s University in Belfast, Northern Ireland, as part of the Irish-American Scholars Program. Queen’s University is one of the 20 top research-intensive institutions in the United Kingdom and member of the Russell Group, which is broadly comparable to the U.S. Ivy League. Stopper is a junior majoring in English and secondary education.

The Irish-American Scholars Program is sponsored by the Government of Northern Ireland; Ulster and Queen’s Universities; The Belfast Institute of Further and Higher Education; and the Catholic, United Methodist, and Presbyterian Churches. American colleges and universities that accept students from Northern Ireland through the Business Education Initiative are eligible to participate. 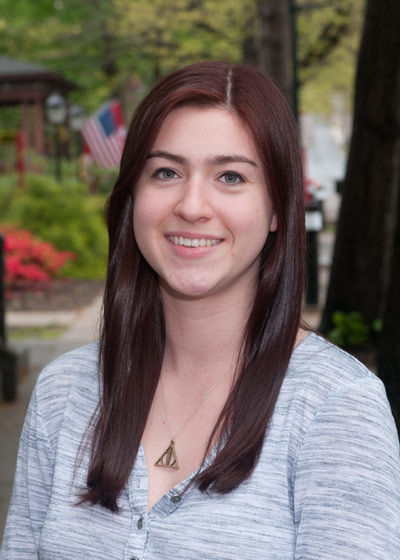