February 8, 2017 – Jesuit Father Thomas D. Stegman, S.J., Dean of the Boston College School of Theology and Ministry, and “Professor Ordinarius” of New Testament, will discuss Saint Paul’s teachings on reconciliation, authentic freedom and the “new creation” during two free public lectures titled “The Relevance of St. Paul’s ‘Life in the Spirit’ for Today,” at 3:30 and 7:30 p.m. Wednesday, Feb. 22, in the Burke Auditorium at King’s College.

He is the 38th speaker in the history of the Moreau Lectures series at King’s, which is named in honor of Blessed Father Basil Anthony Moreau, founder of the Congregation of Holy Cross which established and sponsors King’s College.

In today's context marked by numerous expressions of polarization, competing claims for freedom, a growing refugee/migrant crisis, and environmental devastation, what St. Paul says about the Spirit's empowerment, which is the focus of Father Stegman’s lecture, speaks with uncanny relevance--both to individual Christians and to communities of faith.

A graduate of St. Charles Borromeo Seminary in Philadelphia, he holds a doctorate in New Testament studies from Emory University, master’s degree from Marquette University, a Master of Divinity degree and Licentiate in Sacred Theology (Old Testament) from Weston Jesuit School of Theology.

Father Stegman is the recipient of many academic awards, including the American Bible Society’s Scholarly Achievement Award and the Aquinas Institute Fellowship at Emory University. He held the Rev. Francis C. Wade Chair at Marquette University in 2010, and the Anna and Donald Waite Endowed Chair in Jesuit Education at Creighton University in the academic year 2014-15.

He has published widely and is the author of two books on Second Corinthians, including a volume in the Catholic Commentary on Sacred Scripture series. He is coeditor of “Biblical Essays in Honor of Daniel J. Harrington, SJ,” and “Richard J. Clifford, SJ: Opportunity of No Little Instruction,” and the author of “Opening the Door of Faith: Encountering Jesus and His Call to Discipleship.”

In addition to publishing in professional journals like “Catholic Biblical Quarterly,” “Novum Testamentum,” and “Theological Studies,” Father Stegman is a frequent contributor to “The Pastoral Review.” He recently finished writing a commentary on Paul’s Letter to the Romans, which will appear in the “Paulist Biblical Commentary.” His latest book, “Written for Our Instruction: Theological and Spiritual Riches in Romans,” will be published in summer 2017.

The Burke Auditorium is located in the William G. McGowan School of Business on North River Street. Parking will be available at on-campus lots. For further information, contact Rev. Brent Kruger, C.S.C., assistant professor of theology, at (570) 208-5900, ext. 5767 or email brentkruger@kings.edu. 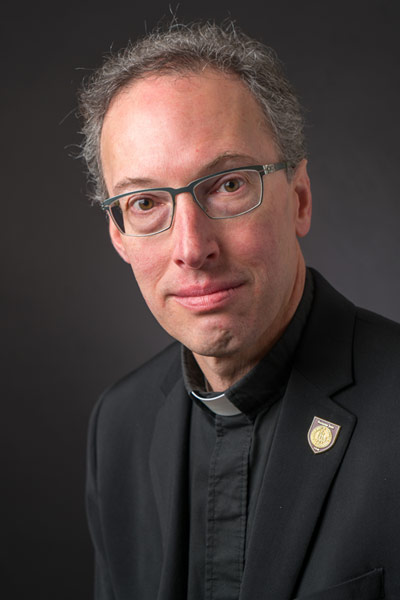