Oct. 13, 2015 - O. Henry Award-winning author Marisa Silver will read excerpts from her work during a free public event at 7:30 p.m. Monday, Nov. 9, in the Burke Auditorium at King’s College. Silver is the 2015 Visiting Writer, a program sponsored by the College’s English Department. Silver will also work with English students on their creative writing as part of a two-day campus residency.

Silver’s most recently novel, “Mary Coin,” a “New York Times” bestseller, was published in 2013 by Blue Rider Press/Penguin. She made her fiction debut in “The New Yorker” when she was featured in the magazine’s first “Debut Fiction” issue. Her collection of short stories, “Babe in Paradise,” was named a “New York Times” Notable Book of the Year and was a “Los Angeles Times” Best Book of the Year.

Silver’s has published the novels, “No Direction Home” and “ The God of War.”   “The God of War” was a finalist for the “Los Angeles Times” Book Prize for fiction. Her fiction has been included in “The Best American Short Stories,” “The O. Henry Prize Stories,” and other anthologies.

Prior to her work as a novelist, Silver directed her first film, “Old Enough,” which captured the Grand Jury Prize at Sundance in 1984.  She also directed the feature films “Permanent Record” (1988), with Keanu Reeves, “Vital Signs” (1990) and “He Said, She Said” (1991) with Kevin Bacon and Elizabeth Perkins.

The Burke Auditorium is located in the William G. McGowan School of Business on North River Street. A book signing will follow the reading. Selected volumes of her fiction will be available for purchase prior to the event at King’s/Wilkes Barnes & Noble Bookstore, S. Main St., Wilkes-Barre, and at the reading.

Parking will be available at on-campus lots. No tickets are required. Seating is available on a first-come, first-served basis. For more information, please contact Jennifer Yonkoski, instructor of English at King’s College, at (570) 208-5900, ext. 5487 or e-mail jenniferyonkoski@kings.edu. 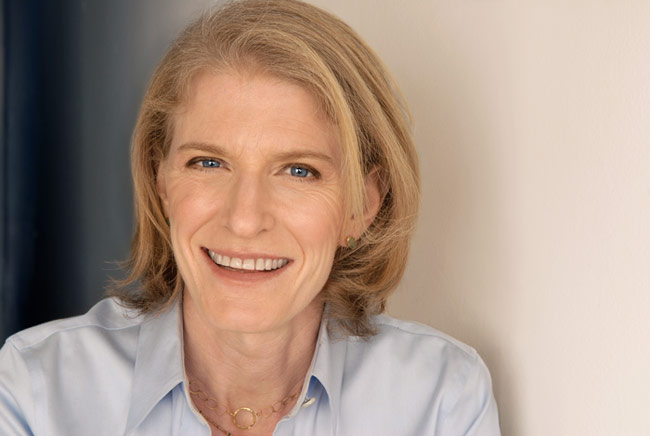 O. Henry Award-winning author Marisa Silver will read from her works on Nov. 9 at King’s College.