October 31, 2018 - Bailey Jordan, pictured second from right, a first-year student at King’s College, was recently named the recipient of an annual scholarship established at the College in honor of Colleen Shea, a 1995 graduate of King’s who died in a 2001 automobile accident.

Established through a donation to King’s by the Colleen Shea Children’s Foundation, the $2,500 scholarship is matched by King’s College and awarded annually to a graduate of Pittston Area High School to be used toward the student’s first-year King’s tuition. The winner is selected based on his or her character, leadership, scholarship, sportsmanship, dedication, commitment, teamwork and perseverance.

The scholarship’s fifth recipient, Jordan graduated from Pittston Area in May and is an international business major at King’s.

A resident of Pittston, Jordan was active for four years in Student Council, Key Club, and the Zero Conflict Club at Pittston Area.  She was also a district finalist in a Future Business Leaders of America competition and a four-year member of the school’s field hockey and lacrosse teams.

Colleen Shea was a native of Pittston and graduated from Pittston Area High School prior to earning a bachelor’s degree in accounting from King’s.  The daughter of working-class parents, she worked her way through King’s from money she earned at supermarket and babysitting jobs. 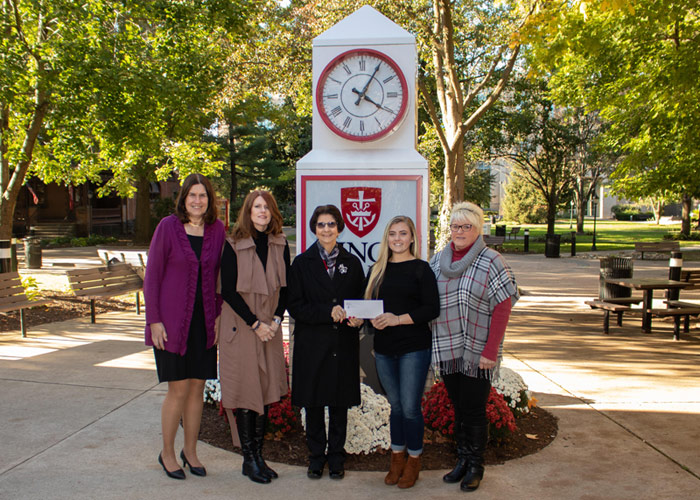