August 6, 2019 – King’s College is proud to announce that it has selected David Selingo, Esq. ’89 as the 2019 recipient of the Rev. James Lackenmier, C.S.C. Award for Achievement and Leadership. This award will be presented to Atty. Selingo on October 17, 2019 at the Westmoreland Club in Wilkes-Barre, Pa.

Selingo graduated from King’s in 1989 with a B.A. degree in Government and earned his J.D. from the University of Pittsburgh School of Law. He is the Founding and Managing Member of the Kingston-based law firm Selingo Guagliardo, LLC. He is AV rated, the highest rating for legal ability and ethics by Martindale-Hubbell and has been a Certified Civil Trial Advocate by the National Board of Trial Advocacy since 1999.  He has been listed as a “Super Lawyer” by Philadelphia Magazine since 2007. Selingo has served on the King’s College Board of Directors since 2012 and was a member of its President’s Council from 2006 through 2010.  Since 2006, Mr. Selingo has served as a founding Board Member and Chair of Kinship Square, a Wilkes-Barre-based non-profit community development corporation that among other projects, developed the building now known as O’Hara Hall on King’s College’s campus. He resides in Shavertown, Pa. with his wife, Tracey, and two sons, Jake and Henry.

The Rev. James Lackenmier, C.S.C., Award for Achievement and Leadership was established in honor of King's seventh president, Rev. James Lackenmier, C.S.C., in recognition of his 18 years of leadership.  The Lackenmier Award honors a member of the King's College community who has achieved excellence in his or her field, who has demonstrated exceptional philanthropy and high ethical standards, and who embodies the spirit of King's College.  Past recipients of the award include Timothy Morris ’64; Richard J. Pinola ’67; Allan M. Kluger, Esq.; Glenn Tyranski ’84; and Thomas R. Smith ’77.

Preceding the award dinner will be the William G. McGowan School of Business Forum, now celebrating its 15th year of mentoring students by leaders in the business field, most of whom are King's graduates.  Since 2005, approximately 85 students a year have participated in the mentoring session followed by a networking reception and formal dinner.  The Forum rotates annually between New York, Philadelphia, and Wilkes-Barre.

For more information on this event, please contact Rose Gryskevicz, Director of Alumni Engagement at King’s College at rosegryskevicz@kings.edu. 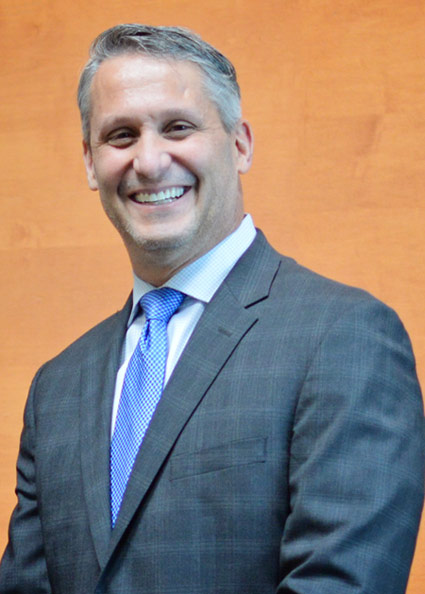