Weaving elements from Italian folklore with the dark tales by the Brothers Grimm, Mary Zimmerman's "The Secret in the Wings,” is a dream-like exploration of the darker sides of human impulses.

The framing story concerns a child and the frightening babysitter with whom her parents leave her. As the babysitter reads from a book, the characters in each of the tales materialize, with each tale breaking off just at its bleakest moment as it transitions into the next tale. A captivating voyage into our collective childhood subconscious, "The Secret in the Wings" uses costumes, props, sets, and lighting to brilliant effect, creating images and conjuring up feelings that render the fairy tales in all their elemental and enduring power.

Punctuating the tales’ haunting truths with breathtaking visual moments and poignant sections of song, Zimmerman’s latest endeavor challenges the belief that fairy tales are only for children.

"The Secret in the Wings" is not recommended for children under the age of 13. The George P. Maffei II Theatre is located in the Administration Building on North River Street. Tickets are $12 for general admission, $7 for senior citizens, and $5 for King’s alumni and non-King’s students.

For more information on upcoming performances or to reserve tickets, call the box office at (570) 208-5825 or e-mail boxoffice@kings.edu. 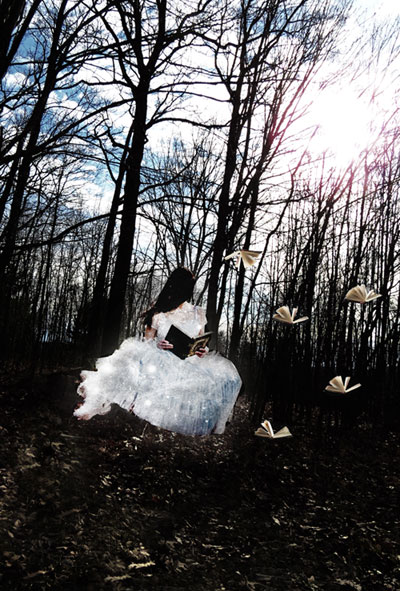 King’s College Theatre Department’s production of Mary Zimmerman's dark tales leap off the pages in “The Secret in the Wings."