May 21, 2020 - When newly minted King’s College graduate Olivia Alvarez Rhaesa finished her sophomore year of studies toward her degree in environmental science, she had the opportunity to travel to the Peru and study the Amazon ecosystems and its biological diversity as part of a summer program of the College.  Little did she expect that she would have another connection to one of the greatest areas for biological diversity less than two years later.

Olivia and her father, Enrique, a veterinarian and cancer researcher, are very involved with ecological issues around their home along the coastline of Connecticut.  One of the projects to which she and her father have devoted time through the Menunkatuck Audubon Society, is the preservation of the Purple Martin, a bird species member of the swallow family.

Their work during the past 10 years has involved the construction and placement of a series of “houses” designed to aid the bird during its migration and breeding months in North America, usually from mid-May until August.  The homes, usually made from a series of plastic gourds, allow the birds to safely build a nest, mate, and hatch their young before the inevitable migration back to South America in mid-August.  Olivia and her family live along a New England tidal marsh, a perfect spot to attract the species as they are attracted to the many flying insects found in the marsh.

Purple martin populations are in the decline due to various pressures, including the re-purposing of lands, reduction of insect populations and competition by invasive bird species During each July, the Connecticut Department of Environmental Protection sends field scientists to Olivia’s back yard where they place both a unique identifying metal federal band and distinctive patterned colored bands. The metal bands provide each bird with an identification, while the colored bands allow for birds to be visually identified without having to recapture them. The bands allow the study of the birds’ migration pattern.

During the project, Olivia estimates that they have banded about 500 birds, many of which return to their area each spring.  But as fulfilling as their project is, they were never able to pinpoint exactly how far the birds they band travel during their yearly migration.  That changed recently when the Connecticut DEP informed Olivia and Enrique that a bird they banded had been discovered by an ecological group in the Amazon basin.   A member of the group stated that of the 500,000 purple martins banded while in the Amazon, it is the first live capture of a member of that species in Brazil.  It was a bird that was banded from Olivia’s backyard last July.

The group posted a You Tube video of their discovery https://www.youtube.com/watch?v=bGy4F2AS4Vs 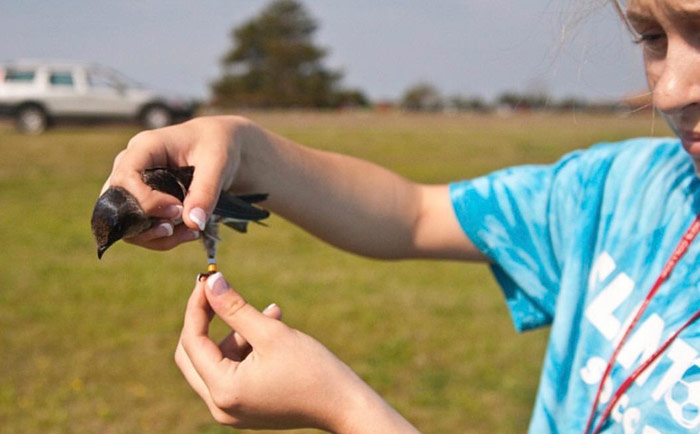 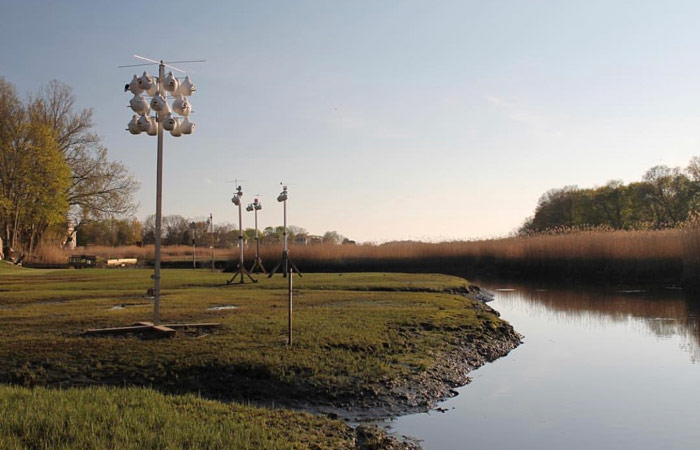 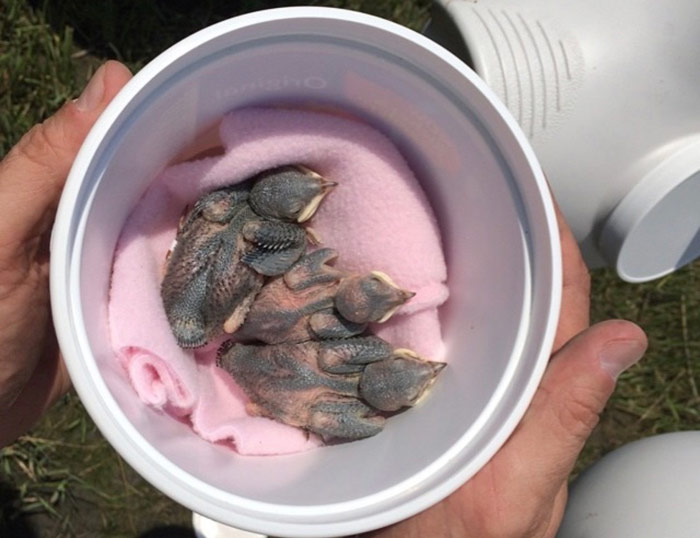