July 20, 2019 - Poetry in Transit, an award-winning community program, will host a free public launch party at 6 p.m. on Friday, August 16, at the Barnes and Noble on S. Main Street, Wilkes-Barre, to introduce the 14 poets whose work will be featured on Luzerne County Transportation Authority (LCTA) buses in the coming year.

The poems are featured on LCTA buses for up to one year, with a monthly rotation so that riders can see all of the selections. This year’s theme is “Small.”

“Poetry in Transit” is inspired by “Poetry in Motion” on New York City’s Transit System and London’s “Poems on the Underground” program. The LCTA project began in 2007 with 12 placards featuring the work of established and canonized poets such as Wordsworth, Dickinson, and Frost. The works of local poets was introduced in 2008. Jennifer Yonkoski, assistant technical professor of English at King’s College, coordinates the program. 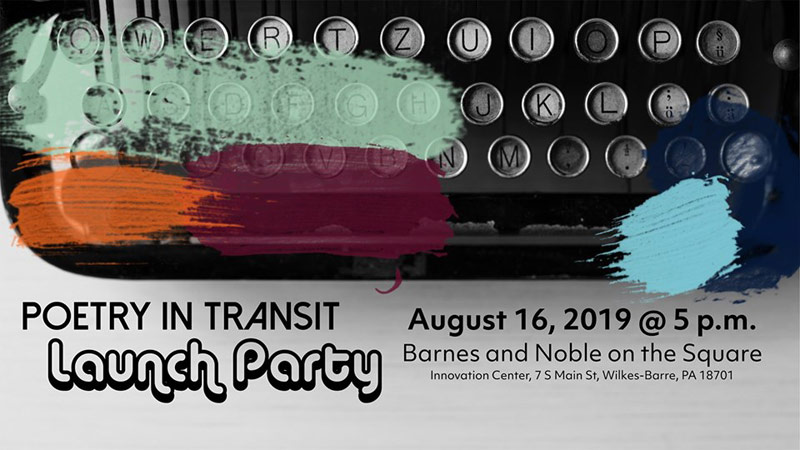