May 14, 2018 – King’s College Athletic Training (AT) Department physician Dr. William P.H. Charlton and faculty member Gregory Janik have been named recipients of prestigious awards by The Pennsylvania Athletic Trainers’ Society (PATS), which will be presented at the PATS Annual Meeting and Clinical Symposium held in June in Grantville.

Dr. Charlton has been practicing as an orthopedic surgeon in Pennsylvania for 22 years, most recently as a partner at Orthopedic Consultants of Wyoming Valley in 2001. He has volunteered his skills for the care of King’s College student-athletes since 2003, supervising prevention programs, and providing immediate care, treatment, and rehabilitation. In this role, he oversees AT students in the classroom and on-site during clinical observations in his office and during surgeries.  He has also co-authored several case reports with King’s faculty and students.

After receiving his bachelor’s degree in biology at Pennsylvania State University, Dr. Charlton earned his M.D. from Jefferson Medical College at Thomas Jefferson University, where he later completed his clinical training in the Orthopedic Program. He completed a surgical internship at the University of Pennsylvania’s Pennsylvania Hospital and a Sports Medicine Fellowship at Kerlan-Jobe Orthopedic Clinic in Los Angeles. At Kerlan-Jobe,Charlton had the  privilege of training under Dr Frank Jobe who pioneered Tommy John surgery

After an internship with the Philadelphia Eagles, Janik began teaching at King’s in 2000. He currently teaches orthopedic evaluation courses. He also serves as and the Director of Athletic Training Services, where he is responsible for the football and women’s lacrosse teams.

Janik earned a bachelor’s degree in kinesiology/athletic training from Penn State University and a master’s degree in Sports Health Care A.T. Still University. He will be receiving his Doctor of Athletic Training degree from A.T. Still University in June 2018. He serves on the Traumatic Brain Injury Advisory Board for the Pennsylvania Department of Health and with Sport Safety International as their Coordinator of Governmental and Regulatory Affairs.

PATS is an progressive organization of licensed healthcare professionals who work under the direction of a licensed physician. The society continues to increase public awareness and education regarding the AT personnel and the profession while serving as the premier source of information for public safety, injury and illness prevention, early intervention, patient care, and healthcare delivery for the physically active in the Commonwealth. 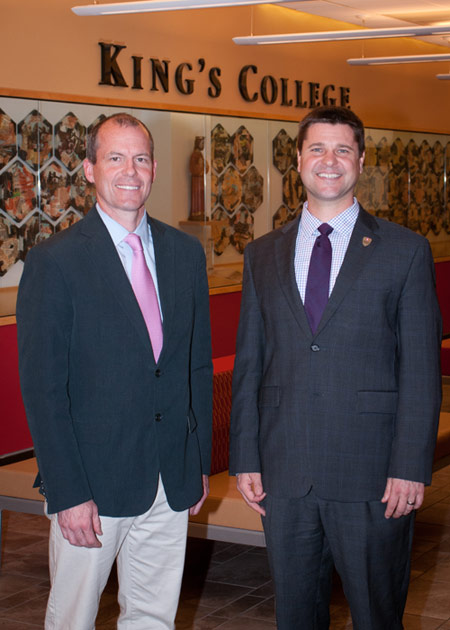