Nov. 23, 2015 - The King’s College Community recently recognized employees for their service to the College during an annual Patron’s Day Mass held on the Feast of Christ the King, the College’s patron.

Four members of the faculty and staff were each recognized with the Christi Regis Medal, which is presented to faculty and administrators completing 20 years of service to King’s.  The award has been awarded every year since it was established by the King’s College Board of Directors in 1966, the 20th anniversary of the College. Christi Regis Award recipients were: Dr. Laurie Ayre, Education Department; Eva Guarino, Business Office; Raymond Pryor, Information and Instructional Technologies; and Jeanne Torony, M.D., physician, Student Health Center.

Gina Dobitas, a member of the D. Leonard Corgan Library staff, was honored with the Twenty Year Service Award. Established by the Board of Directors in 1974, the award is bestowed upon those members of the King’s community who, in supportive roles, have manifested their constancy and devotion to the ideals of the college. 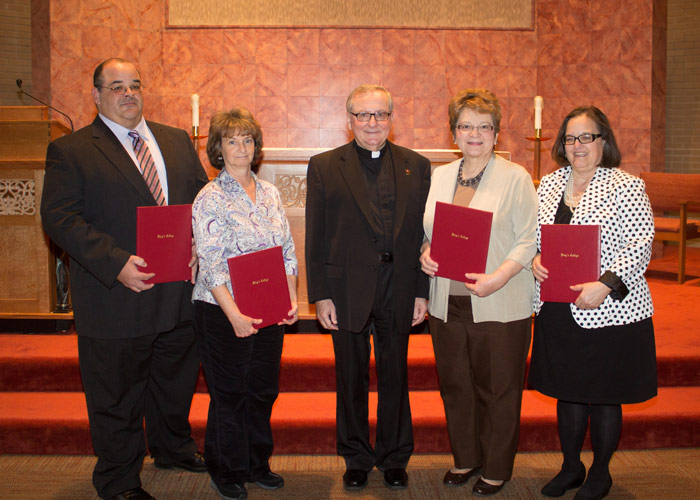