Oct. 12, 2015 - Father Patrick Ryan, S.J., the Laurence J. McGinley Professor of Religion and Society at Fordham University, will deliver the 2015 Feast of Saint Francis Lecture at 7 p.m. on Wednesday, Oct. 28, in the Burke Auditorium at King’s College.

In the free public lecture titled “Francis, Ignatius, and Francis: Catholic Encounters with Muslims,” Father Ryan will compare and contrast Francis of Assisi with Ignatius Loyola and Pope Francis and their histories with the Muslim faith and the plight of Christianity in the Middle East.

Father Ryan lived and worked in West Africa for 26 years, principally in Nigeria and Ghana, where he taught Islamic Studies and Comparative Religion at both the University of Ghana and the University of Cape Coast. He previously served as the President of Loyola Jesuit College in Abuja, Nigeria. He was awarded a Fulbright Specialist Award to teach in Arrupe College in Harare, Zimbabwe in 2014.

Father Ryan has held numerous positions at Fordham, including teaching Middle Eastern Studies and serving as Loyola Chair in the Humanities and vice president for University Mission and Ministry. He is the author of numerous articles and has published three books.

In semi-annual McGinley lectures, Father Ryan works with Jewish and Muslim scholars on the commonalities these faith traditions have with Christianity. He earned a bachelor's and master's degree in English language and literature at Fordham, and a doctorate in the comparative history of religion with a specialization in Arabic and Islamic Studies from Harvard University. 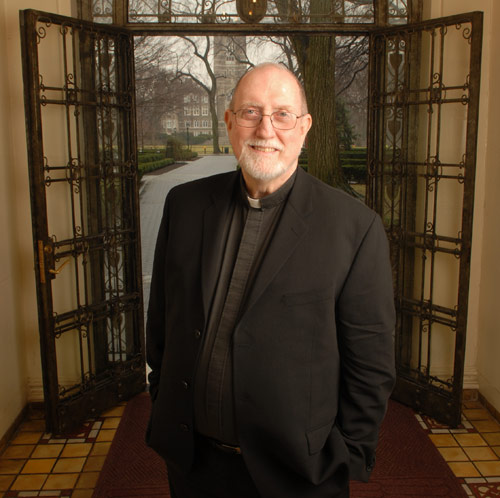