A Hazleton native and 1971 graduate of King’s, Father O’Hara served as a faculty member, administrator, and ultimately the eighth president of the College.  He was the first King’s alumnus named president when his 12-year presidency began in 1999.  His term as Provincial Superior of the United States Congregation began in 2012.  During his six-year term, he stressed the internationality of the Province and made numerous visits each year to Holy Cross missions in South America and Africa. During his tenure, large houses of formation were built in Kenya and Chile. In addition, US Holy Cross Seminarians have had international experiences in Holy Cross missions in Peru, Chile, Mexico, Uganda, Tanzania, Kenya, India and Bangladesh.

“Father O’Hara is a beloved teacher, a great colleague, and a very entertaining and insightful speaker,” said Father John Ryan, C.S.C., O’Hara’s successor as King’s president.  “I still sincerely believe that King’s College is Father O’Hara’s deepest love, and the place that I think means the most to him in terms of his ministry.”

Father O’Hara earned his master’s degree in theology from the University of Notre Dame and his doctorate in political science from The American University in Washington, D.C.  In addition to his faculty and administrative appointments at King’s, he was professor of English at Notre Dame College in Dhaka, Bangladesh, and professor of political science at the Philosophical Center of Jinja in Uganda. He worked in parish ministry in Brooklyn, New York, and Washington, D.C.  He will celebrate the 40th anniversary of his ordination as a Catholic priest in June. 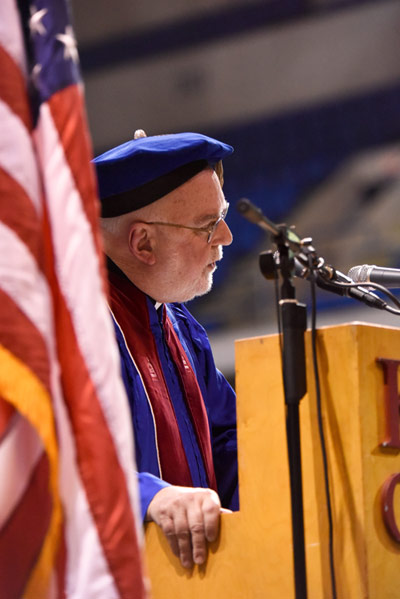