September 11, 2017 – Mary Ellen O'Connell, Robert and Marion Short Professor of Law and Research Professor of International Dispute Resolution, University of Notre Dame, will explore the concepts of human rights and unlawful use of military force during the Constitution Day Lecture, at 7 p.m. on Thursday, Sept. 21, in the Burke Auditorium at King’s College. This lecture, which doubles as the annual Barbara Sabol Memorial Lecture, is sponsored by the College’s McGowan Center for Ethics and Social Responsibility and History Department, and the Peace and Justice Center of Wilkes-Barre.

In a free public lecture, titled “Re-establishing Law Over War,” O'Connell will examine drone attacks outside a war zone, “Jus ad Bellum” and human rights laws, the seduction of high-tech weaponry, and proposals to restore law over war.

O’Connell’s research is in the areas of international law on the use of force. She is the author or editor of numerous books and articles, including “The Prohibition of the Use of Force,” ”Unlawful Killing with Combat Drones, A Case Study of Pakistan 2004-2009,” “Cyber Security Without Cyber War,” and “The Power and Purpose of International Law: Insights from the Theory and Practice of Enforcement.” She testified before the House Judiciary Committee on “Protecting U.S. Citizens’ Constitutional Rights During the War on Terror” in May 2013.

O’Connell has been named a Senior Law Fellow at the Center for Theological Inquiry in Princeton for 2014-15. She previously served as vice president of the American Society of International Law from 2010-12 and chaired the Use of Force Committee of the International Law Association from 2005-2010.

Before joining the faculty at Notre Dame, O’Connell was a faculty member at Ohio State University, Johns Hopkins University Nitze School of Advanced International Studies Bologna Center, and Indiana University. From 1995 to 1998, she was a professional military educator for the U.S. Department of Defense in Garmisch-Partenkirchen, Germany. Prior to joining the academy, she practiced law with the Washington, D.C.-based international law firm, Covington & Burling.

The Burke Auditorium is located in the William G. McGowan School of Business on North River Street. Parking will be available in on-campus lots. For more information, contact Dr. Bernard Prusak, director of the McGowan Center for Ethics and Social Responsibility, at 208-5900, ext. 5689 or e-mail BernardPrusak@kings.edu. 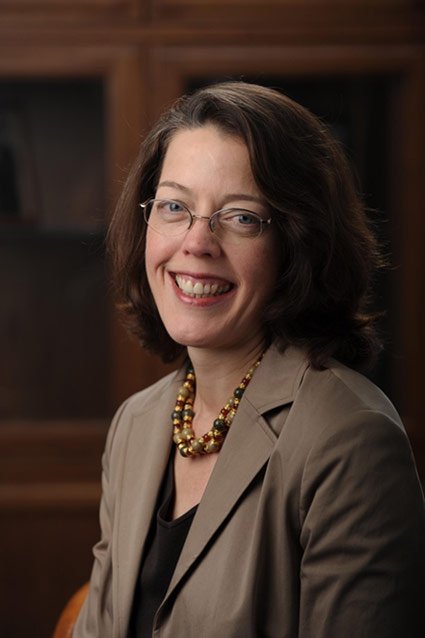